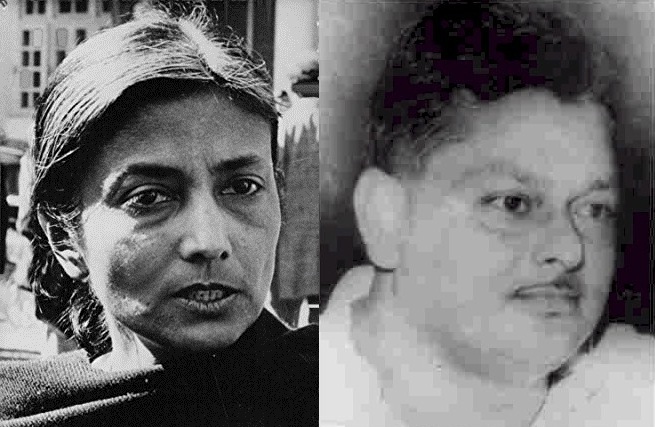 Raja festival celebrates femininity and fertility. Women of all ages all over the state celebrate this festival with a lot of enthusiasm. And it is a great coincidence that on this Raja Sankranti day in 1972, the 14th of June to be exact, was sworn in the first and the only woman Chief Minister of Odisha, Nandini Satpathy.

Not a single woman could get elected to Odisha assembly in the 1971 General Elections and the state had its first ever all-men Vidhan Sabha at that time. As luck would have it, the only woman who entered this assembly on a Raja Sankranti, triumphantly adorned the Chief Minister’s chair, and at the age of 41, she was the youngest to be sworn in as Odisha Chief Minister. There were euphoria all around. For the women of the state who were long oppressed under the conservative social structure, Nandini became a symbol of hope and power to women.

But there was a huge test in store for this young lady, which she faced in her home town Cuttack in the month of November.

Nandini, the daughter of Kalindi Charan Panigrahi, one of the eminent writers of Odisha, was born and brought up in Katak. Born on 9th June 1931 in Jachak Lane, close to Buxi Bazar she spent her entire student career in Katak and stepped into politics soon after her studies. A fiery student leader and a relentless fighter she was elected to Rajya Sabha twice on Congress Party’s ticket and went on to become a minister in Indira Gandhi’s cabinet in 1966 and 1968. In fact, Indira Gandhi was so impressed with her efficiency and calibre that when the coalition ministry comprising of Swatantra Party, Utkal Congress and Jharkhand Party fell in Odisha in June 1972, she chose Nandini to lead the newly formed Congress Ministry in the state. That was, in fact, a mark of tremendous faith. And Nandini was sworn in as the Chief Minister of Odisha on 14th June 1972.

Since Nandini was not a member of the house, she had to get elected to the assembly within a period of 6 months and she chose Katak constituency for the purpose. Congress MLA, Bhairab Chandra Mohanty, representing this constituency, resigned and bye election was slated for 27th of November. But the election turned out to be very tricky when the united opposition came together to put up one of the most popular local leaders and an ex-Chief Minister, Biren Mitra against Nandini. Biren Mitra was being actively supported by two other ex-Chief Ministers Biju Patnaik and Rajendra Narayan Singhdeo. One of the senior-most leaders of Nandini’s own cabinet, Nilamani Routray was also providing tacit support to Biren.

All eyes were on Dr. Mahatab, who was the tallest leader of Congress Party at that time, to see whom he would support. But when Biju and Biren went to Mahatab’s office at Biharibag in a huge rally after their election meetings at Gouri Shankar Park and Mahatab came out in the open to bless Biren Mitra, entire Odisha thought that it was all over for Nandini. There were stalwarts like Biju, Biren, Mahatab, Rajendra Narayan and Nilamani on one side and the lone fighter Nandini on the other, fighting the election of her life.

But the results surprised everyone. Nandini, the fighter, won this bye election by a margin of around 11 thousand votes. That was a huge victory considering the circumstances under which it was fought. It was victory for woman power and a very very emphatic one.

These stations in Odisha breach 40 mark as mercury soars