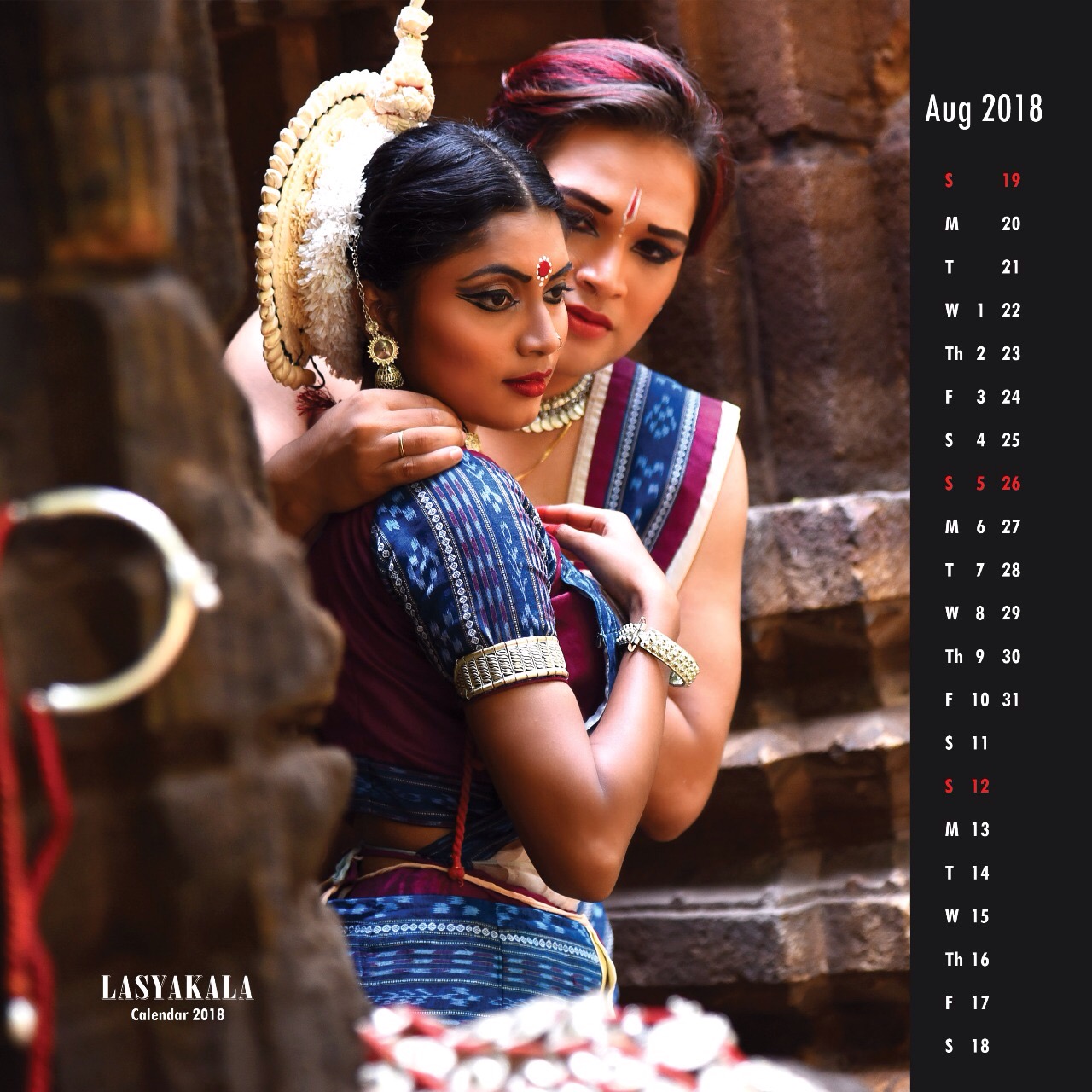 Bhubaneswar: The Nayak and Nayika carved on the walls of the temple structure for once stepped out to romance nature and the changing season. A concept out of Odissi dancer Saswat Joshi’s closet captured in the lens of Odisha’s ace photographer Manas Ranjan Ojha, the impressions have taken the shape of a calendar.

The temple backdrop has only helped to enhance the emotions depicted by Saswat and fellow dancers, Bibhudutta Das and Akankshya Kumari.

“The poses have been drawn from Geeta Govinda’s Nayaka and Nayika, influenced by ‘nabarasa’. Every click tells a story about the 12 months and embodies nature,” expressed the lead classical dancer hailing from western Odisha.

Papanashini Kunda, Megheswar temple, Parshurameswar temple and Mukteswar temple – all Shiva temples – were picked for the photoshoot in the Old Town area of the city. “The power of cosmic energy is high in these areas and reflects the ‘tandav’ or masculine part of Odissi,” he added.

The calendar will be unveiled on January 15 or 16, he informed before signing off.