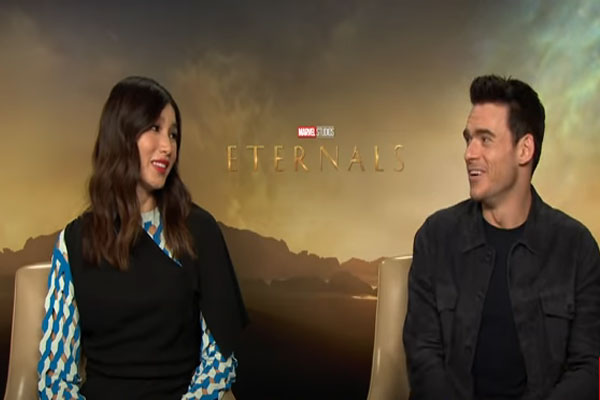 Bhubaneswar: Actress Gemma Chan, who played ‘Sersi’ in MCU’s latest release ‘Eternals’, revealed which Bollywood actor, in her opinion, could shine as one of the Eternals.

Actors Richard Madden and Gemma Chan, who played the lovebirds ‘Ikaris’ and ‘Sersi’ in the superhero movie, recently gave a virtual interview to Indian YouTuber Ashish Chanchlani, the video of which was shared on IndiaMarvel channel on YouTube. Both the actors shared their experience shooting in India for a part of the movie. They disclosed their favourite Eternal character from the movie, which was ‘Kingo’, played by actor Kumail Nanjiani.

As the conversation proceeded, Ashish hypothetically asked Gemma and Richard, “A Bollywood star who can be an Eternal according to you?”

While Richard kept thinking for a name, Gemma replied, “Aishwarya Rai… I mean she’s a goddess in real life anyway. So, It won’t be too much of a stretch.”

Aishwarya Rai Bachchan has acted in few Hollywood movies like Bride And Prejudice, Provoked and The Last Legion. Interestingly, her latest performance was more of a behind-the-scene kind as she voiced Maleficent in Disney’s Maleficent: Mistress of Evil.

‘Eternals’, released on November 5, received mixed reactions from the audiences worldwide. As per media reports, it earned Rs 23 crore at the Indian box office.

Longest partial lunar eclipse of century on November 19: All you need to know