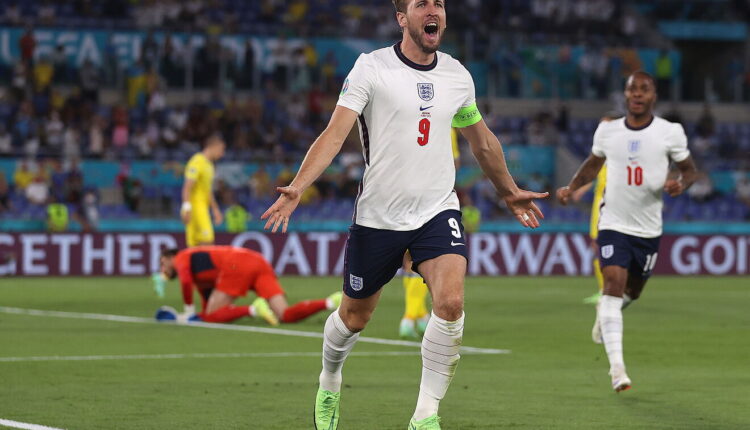 Rome: A flying start in both halves helped England knock out an uninspired Ukraine 4-0 in the Euro 2020 quarterfinals at the Stadio Olimpico to set up an encounter with in-form Denmark on home soil.

England came off with a perfect start and opened the scoring with only four minutes into the game as Raheem Sterling’s fine through ball allowed Harry Kane to fire past Heorhiy Bushcan from very close range on Saturday, reports Xinhua.

Ukraine needed some time to gain a foothold into the contest but had their first effort on target with 17 minutes played when Roman Yaremchuk unleashed a dangerous shot to test England goalkeeper Jordan Pickford.

However, it remained Ukraine’s only chance on target in the first 45 minutes as England controlled possession without creating clear-cut opportunities.

After the restart, England gave the Ukrainians a mountain to climb as Harry Maguire doubled the advantage after nodding home Luke Shaw’s free kick into the box with two minutes into the second half.

Andriy Shevchenko’s side was shocked and unable to respond while the relentless England strikers made it 3-0 in the 50th minute when Shaw’s second assist found Kane, who nutmegged Bushcan with a header from central position.

Ukraine couldn’t put up a resistance against the dominating England as Bushcan neutralised Kane’s volley with a diving parry before Jordan Henderson headed home the subsequent corner to round off the 4-0 victory.

England controlled the proceedings for the remainder of the game as Ukraine lacked in ideas and penetration.

With the result, England advanced into their first Euro semifinals since 1996 and will now return to Wembley to encounter the in-form Denmark on home soil.

“It is a great feeling. Back-to-back semi-finals at a major tournament is a great achievement. I don’t want to be a party pooper, but we don’t stop here. We’ve got another big game coming up and we want to go further this time,” England defender Harry Maguire said.

“It is a special night for England. All players have staged a great performance in this tournament, but we have to continue and stay focussed,” England head coach Gareth Southgate said.

Thomas Delaney opened the scoring for the Danes in the 5th minute and Kasper Dolberg doubled it in the 42nd minute. Patrik Schick cut down the lead for the Czech side at the start of the second half, in the 49th minute, but the Danes held on to score a win.

The semi-final spot is a surprise for the northern Europeans who had overcome tough times in early stage of the tournament.

Their star player Christian Eriksen almost died of a cardiac arrest on the pitch in the opening match against Finland. They also lost the first two matches — 0-1 against Finland and 1-2 against Belgium.