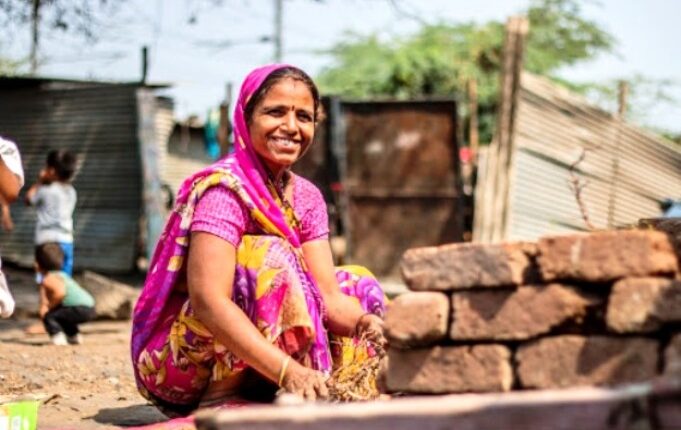 Mumbai: To help drive change towards sustainable housing through empowering women, the European Union has launched a 1-million-euro project in four districts of Maharashtra and Odisha under which it will train 3,000 women in masonry, plumbing and electrical fitting, among others.

The project is being implemented in Beed and Osmanabad districts of Maharashtra and the Dhenkanal and Jajpur districts of Odisha and is aimed at positively impacting two lakh families over the next three years.

The project aims at targeting 3,000 women-led households in these four districts and is being implemented with the housing-focussed not-for-profit Habitat for Humanity India.

“This is the first-of-its-kind sustainable housing on a large scale in India under which we train women to build sustainable houses,” Raimund Magis, the chargé d”affaires at the European Union in India, told PTI.

He added that through this, “we aim at empowering women by enhancing their technical and entrepreneurial skills, creating women-led enterprises, promoting climate-adaptable and green housing support services at community level”.

Magis said that over the years, the European Union has invested over 100 million euros in green and sustainable projects in the country and this is the single-largest scheme solely focused on women.

He said that despite the construction sector being the second-largest employer and women constituting a significant part of the workforce in the housing sector, they mostly work as unskilled labourers and face discrimination. Magis added that this scheme, called Project Nirmanshree, aims at ending this and making them entrepreneurs and active stakeholders.

‘Odisha yet to make any headway in skill mapping of…

“Women”s issues are important for us and so are environmental issues, therefore, this project. The Union is investing close to 1 million euros in the first phase and will increase the spending depending on the success of this project.

“We are already in talks with the Union housing and urban development ministry towards the same,” he said.

Habitat for Humanity India Managing Director Rajan Samuel said that through this, it is intended to create economic opportunities for marginalised women through the housing sector by strengthening their collective voice in engaging with policymakers.

“This project will focus on providing technical and entrepreneurial skills to 3,000 women in the housing sector, including in the area of plumbing, electrical fitting, tiling, sanitation, drinking water, material mobilisation and housing finance management and thus strengthening their livelihoods,” Samuel told PTI.

The project will also set up 50 social enterprises by supporting women through entrepreneurial trainings and skills.