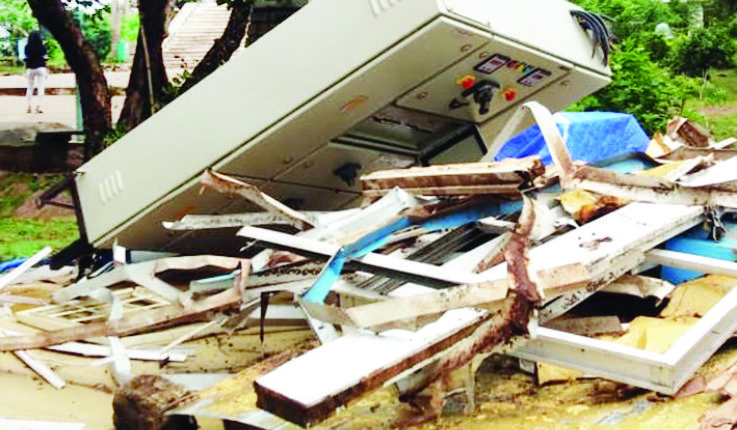 Bhubaneswar: Even four months after very severe cyclonic storm FANI that devastated coastal Odisha, the light and sound show at Shanti Stupa atop the Dhauli hill is lying defunct here on outskirts of state capital.

No initiative has been expedited so far to resume the show, which was showing epic scenes from Dhauli’s eventful past, disappointing the tourists in a big manner.

However, the authorities assured to resume the show at the earliest.

“The light and sound show system at Dhauli was completely destroyed in the Cyclone FANI. While the total loss was estimated at Rs 2.31 crore, allocation amount has been approved for repair of the system. The ITDC has won the tender and repair work will begin within a week,” informed Tourist officer Ajay Kumar Rout.

With completion of the repair work, the light and sound show will once again leave the tourists jaw-dropped.

The light and sound show was launched at Shanti Stupa, which stands firm atop historical Dhauli hill, on August 15 in 2015. The initiative had fetched much appreciation from the visitors.

Jawan dies of electrocution, another critical in Odisha’s Malkangiri