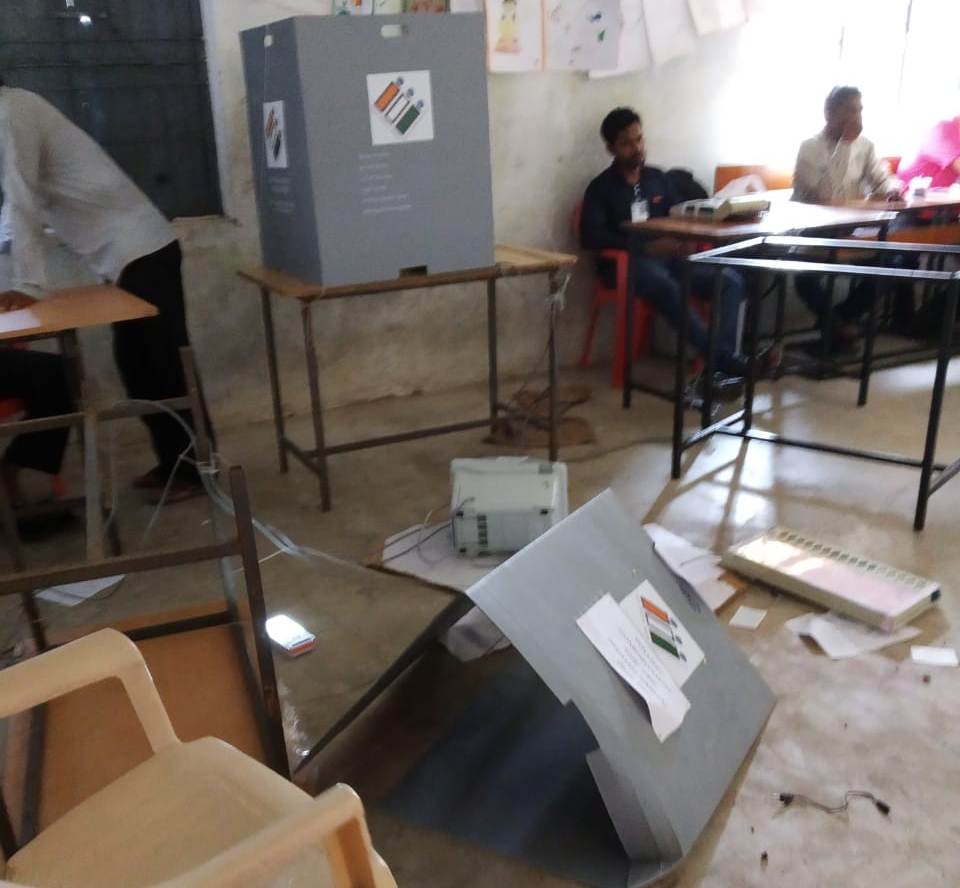 An EVM was damaged by a voter at booth no. 173 in Dharmashala area of Jajpur district.

Similarly, another voter committed the same act at booth no. 273 in Bhandaripokhari assembly constituency of Bhadrak district, following a dispute between BJD and BJP workers at the booth.

The reasons behind the vandalising of the EVMs were yet to be known, till last reports came in.