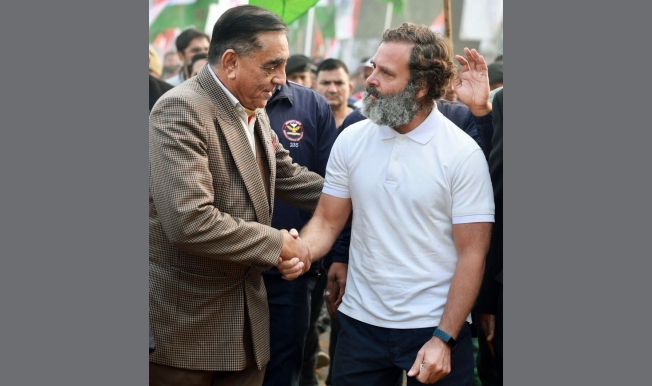 The Bharat Jodo Yatra is attracting scores of ex-servicemen as Gandhi is opposed to the Agniveer scheme and lashed out on the government over it.

Addressing a rally in Haryana’s Panipat during his Yatra, he said that earlier a soldier used to serve the country for 15 years and proper training was imparted and retirement benefits were given but now after 5 years, he will be unemployed.

He said Panipat was once a hub of medium manufacturers, but now the situation has changed “due to demonetisation, GST, which were not policies, but weapons to destroy small and medium enterprises”.

The Congress leader alleged that the country’s wealth was held by 200 to 300 people.

The Bharat Jodo Yatra is in Haryana currently and will move to Punjab, Himachal Pradesh, and end in Jammu and Kashmir.