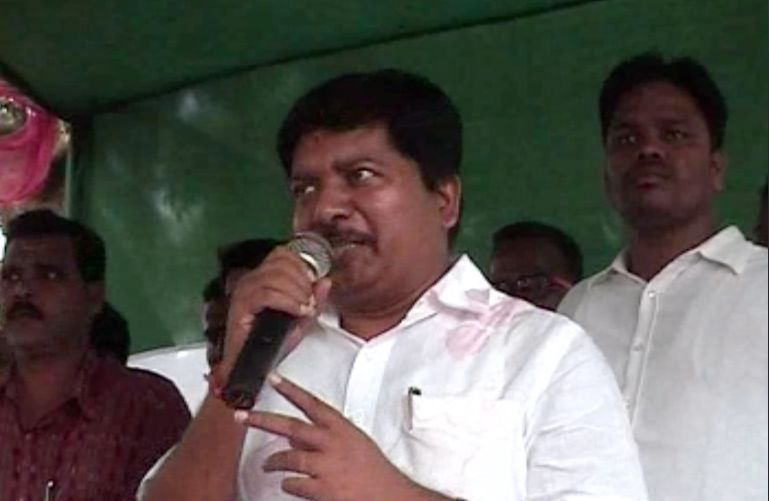 A day after being forced to resign from Health and I&PR Ministries over his alleged involvement with Sum Hospital authorities — where scores died because of a fire outbreak this Monday, Odisha’s Mahakalpara MLA Atanu Sabyasachi Nayak today took out a massive rally in his constituency as a show of strength and a face-saving measure.

Nayak took out a motorcycle rally with hundreds of motorbikes that later culminated in a public meeting which was attended by at least few thousand supporters.

In the wake up of the sudden turn of events, the former minister made his allegiance clear while addressing the gathering and urged his supporters to stand strong with BJD.

“Today I had a meeting with my party workers here. We discussed ways to ensure success of the Padayatra being taken out by Biju Janata Dal. I urged the party supporters to come together and strengthen BJD before the upcoming panchayat polls. Leader of our party and the Chief Minister has his blessings for the welfare of Mahakalpara,” said Nayak speaking to reporters after the meeting.

Besides, he used the rally as a platform to reiterate his and his party chief’s statement and said, “I have resigned on moral grounds”.

Curiously though, senior Spokesperson of Biju Janata Dal Surya Narayan Patro spilled the beans. Speaking to reporters today, Patro made it clear that the Chief Minister had asked Nayak to quit following the public uproar over the Sum hospital deaths.