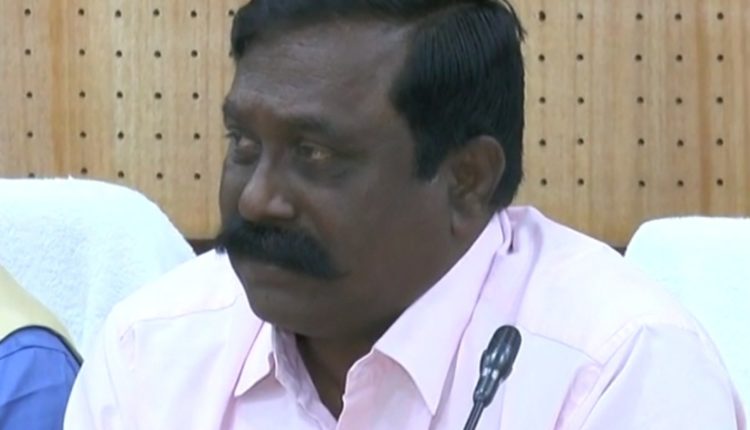 Bhubaneswar: The family members of Anup Sai, a former BJD leader expelled from the party, have demanded a CBI probe into the 2016 double murder case in connection with which, the former Odisha MLA has been arrested by the Chhattisgarh police.

A police team from the neighbouring state had arrested Sai on February 13 as the prime suspect in the killing of a woman, Kalpana Das, and her minor daughter in 2016, an official said.

The duo was killed and then run over by a four-wheeler to disfigure the bodies to make it difficult for the police to ascertain their identity, he said. Sai’s driver Vardhan Toppo has also been arrested.

Alleging harassment by the Chhattisgarh police, Sai’s family members including his mother, wife, children, elder brother, sister-in-law and nephew staged a dharna in front of the Jharsuguda district collector’s office on Sunday.

They, however, called off the sit-in after Jharsuguda Collector S K Samal assured them to take up their grievances with the state Home department.

Sai’s family members alleged that the Chhattisgarh police had conducted a biased investigation into the case.

“My brother was forced to confess to the crime because of the threats issued to us. Hence, we demand a CBI probe into the incident,” said Sai’s elder brother Pramod.  Sai’s family has also sought protection.

Pramod said they fear that Chhattisgarh police might forcibly pick them up in the name of interrogation. Raigarh police, however, has dismissed the allegation.

“This is not true that Sai has been forced to confess to the crime. We did not harass anyone, but have issued a notice to the family members and expect that they will cooperate with the investigation,” Raigarh district ASP