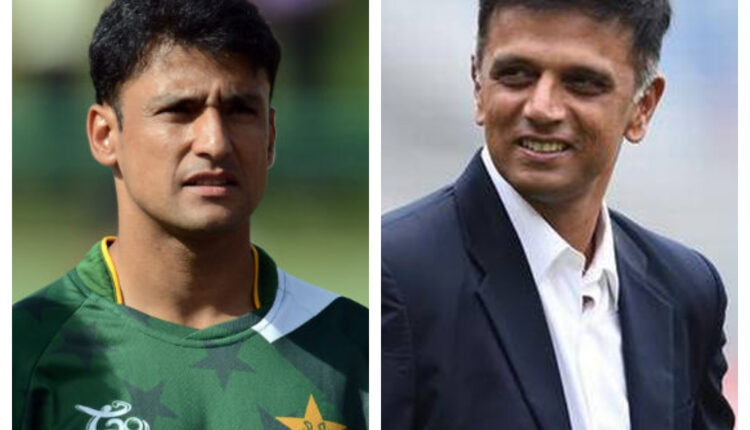 Bhubaneswar/London: India and Pakistan cricket teams share one of the most intensive rivalries both on and off the pitch.

But every now and again you come across a story of great bonding among players from both nations. Despite the pulsating political tension between the two neighbouring countries, stories of camaraderie, respect and kind gestures towards each other warms the hearts of cricket lovers in either side of the border.

One such story, narrated by former Pakistani pacer Yasir Arafat, has tugged the heartstrings of cricket lovers. The story involves none other than former India skipper and legend Rahul Dravid.

Arafat went down memory lane to an incident in 2014 in England where he was playing in the T20 Blast. In the meantime, India and England were scheduled to play the second Test at Lord’s. Dravid was also present in London as he was supposed to ring the hallowed bell at Lord’s to kickstart the match. Arafat spotted Dravid in London when the latter was boarding a taxi.

“Rahul Dravid had come to Lord’s to do commentary for a match. After the game, he was leaving the stadium. He hailed a taxi and was going to sit in the car when I shouted ‘Rahul Bhai’ from a distance. He heard my voice and asked the driver to go; he left the cab to talk to me,” Arafat said on the Sports Yaari YouTube channel.

“I have not played much cricket for Pakistan. Still, Rahul spoke to me for 10-15 minutes. He asked me about my cricket and my family. I felt really good,” he added.

Coincidentally, Dravid is the first wicket that Arafat picked up in his Test career, something that he describes as the ‘most prized one’.

Arafat has been a regular in English County cricket, having played for sides like Surrey, Sussex, Somerset and Hampshire. He has also represented Pakistan in 3 Tests, 11 ODIs and 13 T20 internationals.