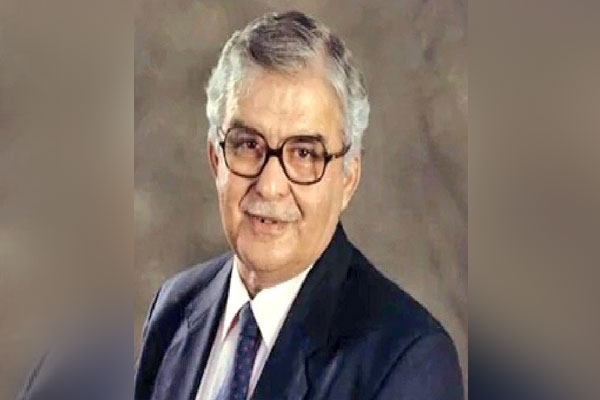 Chennai: Former Managing Director of Tata Steel Ltd, Jamshed J. Irani has passed away at Jamshedpur. He was 86.

He died on Monday night.

“Dr J.J. Irani was a quintessential Tata man. He was a towering corporate personality whose contribution to the steel industry was immense. Dr Irani will be deeply missed by all of us at Tata Group and we pray for his departed soul,” N. Chandrasekaran, Chairman, Tata Sons, said.

Irani joined The Tata Iron and Steel Company now Tata Steel from 1968 as an assistant to the Director, Research and Development (R&D) and rose up to the level of Managing Director and retired in 2001.

Nicknamed as the ‘Steel Man of India’, Irani was on the company board till 2011 as well as on the Boards of other Tata group companies.

Irani born on June 2, 1936, completed his B.Sc and M.Sc in geology from Nagpur University. He then went to the UK to complete his Masters and Doctorate in Metallurgy.

After a stint at the British Iron and Steel Research Association as a Senior Scientific Officer, Irani returned to India and joined Tata Steel and rose up in the corporate ladder.

Irani was conferred with Padma Bhushan award in 2007 and is survived by wife Daisy Irani and his three children, Zubin, Niloufer, and Tanaaz.