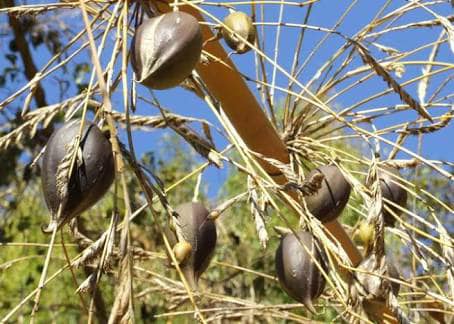 Bhubaneswar: With the bamboo trees flowering, death and destruction follows, goes an age-old saying in northeastern states in India. But now, forest officials, botanists and environmentalists in Odisha are deeply concerned as almost majority of bamboo plants in the Chandaka Dampara Wildlife Sanctuary have started blooming, a first-of-its kind incident in the history of the sanctuary located on the city outskirts.

Bamboo plants covering an area of around 20 sq km in the sanctuary, sprawling over an area of 193 sq km, are now fully blossomed leaving the forest officials worried and panicked.

The strange phenomenon of bamboo flowering, called “gregarious bamboo flowering”, also causes ecological havoc. This has also brought into focus the popular belief in the north-east region that it is an impending sign of severe drought and famine.

The bamboo ‘clumps’ die after flowering and seeding and it takes a few years before bamboo plants produce seeds again, leaving bare exposed soil — which could be disastrous in mountainous states — and also leading to food scarcity, since animals depend on bamboo plants. The second factor is that rats feed on the flowers and seeds of the dying bamboo tree. This activates a rapid birth rate among the rodents, which leads to the huge rat population feeding on agricultural crops in the fields and granaries leading to famine.

“Bamboo flowering is a natural process and it occurs once in 40 to 45 years, which is the life span of bamboo plants. As it is a natural activity we can’t do anything besides taking some preventive measures to control the ill-effects of the flowering causes,” said Kedar Kumar Swain, Divisional Forest Officer, Chandaka Wildlife Division.

When asked whether elephants would face severe food crisis after death of bamboo plants, he replied in negative. “As the number of elephants is very less in the sanctuary, it wouldn’t be an issue for them,” Swain added.

One more threat the bamboo flowering and its death brings is forest fire which turns out to be a major headache for forest officials. The Chandaka DFO said they have formed 14 squads and kept ready fire fighting equipments to ward off fire mishap, if any.

Not only Chandaka forest, bamboo plants in Karlapat Wildlife Sanctuary in Kalahandi district too flowered. The sanctuary is spread over an area of 148 sq km. The lush green dry deciduous forest and the waterfall, Phurlijharan, makes it a paradise for nature lovers. One can find leopards, gaur, sambar, nilgai, barking deer, mouse deer, soft claws ottawa and different species of birds and reptiles here.

Often called poor man’s timber, bamboo is one of the most important forestry species having wide distribution throughout the State and contributes in a major way to the rural economy.

Although a wide range of research is going on, the flowering of bamboo is still unexplained and mysterious. Environmentalists, though, not surprised much over the strange phenomenon but urge the forest officials to take enough steps so that it wouldn’t cause much ecological hazards.

“Bamboos grow vegetatively for a species-specific period before flowering, seeding and dying. Most bamboo plants flower only once in their life cycle. Some species of bamboo flower only once every 40 to 50 years,” said noted environmentalist Biswajit Mohanty.

There are reports which claim occurrence of bamboo flowering and famine in northeast India, particularly Mizoram but not a single scientific study is available to justify it.