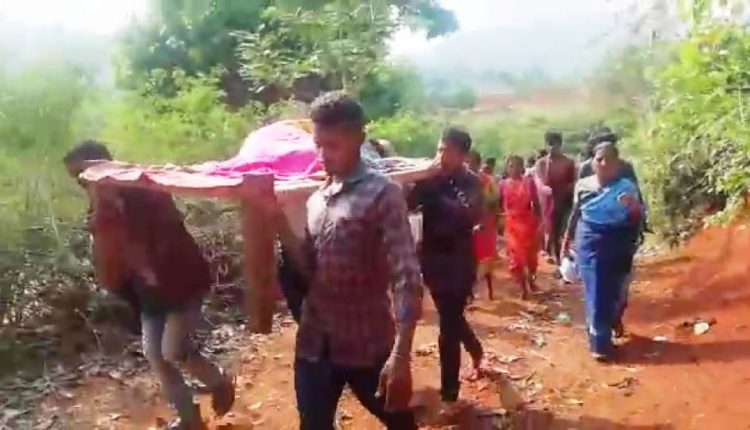 Rayagada: Due to poor road connectivity, an expectant mother of Bada Maribhata village under Kashipur block in Rayagada district was carried on a cot to reach the ambulance that was waiting half-a-kilometre away from her house.

As per sources, Manjubati Jhadia (25) , a local of Jagannath Sahi at Bada Maribhata village, complained of labour pain around 7 am today. Although, her husband called up an ambulance to take her to Kashipur hospital, the vehicle could not reach the house  due to poor pathway and waited around half-a-kilometre away from it.

When, Manjubati’s condition became serious following severe labour pain, her husband with the help of some villagers carried her on  a cot and walked to the ambulance.

” Manjubati was not the first pregnant woman who faced the difficulty due to poor road condition in the village. Many such cases have come to fore earlier,” said a villager. Alleging apathy of the district administration,  the villagers demanded immediate steps by the administration to resolve the long-standing issue.