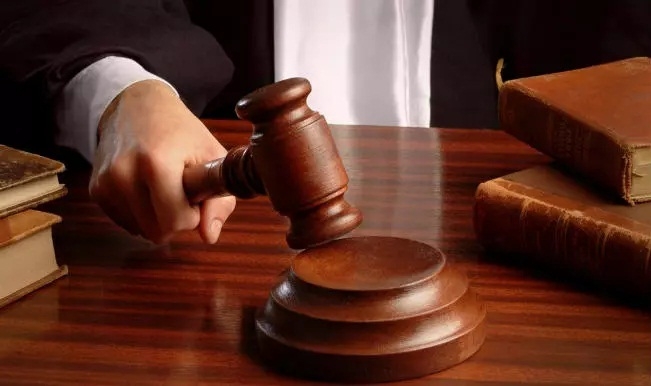 BJP has gathered momentum in its push for the Uniform Civil Code, a proposed common law pertaining to inheritance, marriage, divorce, maintenance, and adoption for all Indian citizens. Currently, these practices are regulated under different personal laws (pertaining to family matters and domestic relations) that are based on the concerned individual’s religion. The proposed law seeks to ensure equality.

Personal laws differ from public laws as they do not pertain to community in general or public at large, nor do they apply to all Indians.

Of the significant number of private bills introduced in Parliament this Winter Session, the Uniform Civil Code Bill was tabled by Kirodi Lal Meena of the ruling BJP in the Rajya Sabha.

There exists a provision to introduce private members’ bills independently in Parliament. However, the chances of such bills getting passed are minimal. So far, the Parliament has passed all of 14 private member’s bills. And no such bill has been passed since 1970.

This proposed civil law intends to be for all Indian citizens in India irrespective of their religion, gender and/or sexual orientation.

This proposal touches upon certain socially sensitive matters, the most prominent of these being the state’s commitment to secularism and people’s affinity to their respective religions.

As matters stand, personal laws are drawn from religious scriptures of different communities.

As a matter of Fundamental Right, Articles 25-28 of the Constitution grant Indian citizens the freedom of religion, allowing them to practice and profess any religion of their choice and engage in activities accordingly.

Further, the Uniform Civil Code will enforce a positive impact LGBTQIA+ community in this country as it will dissolve differences between individuals due to gender or sexual orientation. Same-sex marriages are legally not recognised yet in India.

Goa is the single exception of an Indian state to have a common family law known as the Goa civil code, a legacy it carries from its Portuguese colonisers.

The inception of personal laws happened in colonial times, primarily for Hindu and Muslim communities. The British, to avert any possible opposition from these community leaders, decided to refrain from intervening in their personal and domestic matters, thereby granting them some powers to govern themselves.

After Independence, Hindu code bills were introduced. There were largely codified and reformed personal laws in various sects including religions like Buddhism, Jainism and Sikhism; and exempted Christians, Jews, Muslims and Parsis, identifying them as distinct from Hindu communities.

The Shah Bano case of 1985 was a controversial maintenance lawsuit whereby the Supreme Court pronounced in favour of giving maintenance to a divorced Muslim woman. Then, the Congress government enacted a law about granting the right to maintenance for a certain socially sanctioned period after divorce (called iddat).

This legislation shifted the onus of her maintenance and was interpreted as discriminatory as it denied right to basic maintenance available to Muslim women under secular law.

While Uniform Civil Code may be understood as another step pushing the boundary of colonial hangover, the need to emerge as a more independent nation in spirit through this means calls for deeper deliberation.

Article 44 in Part IV of the Constitution holds that the state “shall endeavour to secure for the citizens a uniform civil code throughout the territory of India”.

It indicates that the founders of the Constitution had in their vision a uniform set of laws, notwithstanding the distinct personal laws.

There was substantial debate in the Constituent Assembly about placing Uniform Civil Code under either Fundamental Rights or under Directive Principle. The matter had to be settled by vote.

Members of the Assembly took very contrasting stances on the matter. Some even felt that India was too diverse a country for such a provision.

Dr. B.R. Ambedkar had an ambivalent stand on the matter. He maintained that it should remain “purely voluntary” in the initial stages, adding that the Article “merely” proposed that the state shall endeavour to secure such a provision but it would not impose it on citizens. The amendments to safeguard personal laws from a uniform civil code were eventually rejected.

Although India has uniformity in most criminal and civil matters such as the Criminal Procedure Code, Civil Procedure Code, and the Contract Act, states have legislated several amendments to these codes and civil laws for the sake of better governance.

As a matter of fact, all Hindus are not governed by a homogenous personal law despite the Hindu Code Bill, neither are Muslims and Christians under their respective personal laws.

It is thus debated how ‘one nation, one law’ could be applied to a country of diverse personal laws of various communities. Also, such uniformity is susceptible of coming in clash with the prevalent diversity in the country.

The Narendra Modi government in 2016 requested the Law Commission of India to determine how to form a code in the presence of “thousands of personal laws” in the country.

In 2018, the Law Commission submitted a 185-page consultation paper on the reform of family law.

The paper stated that a unified nation did not necessarily need “uniformity”, adding that secularism could not contradict the plurality prevalent in the country. In fact, the term “secularism” had meaning only if it assured the expression of any form of difference, the Commission noted.

Union Law Minister Kiren Rijiju said in Parliament this year that the government currently had no plans to set up a panel to implement the UCC and requested the 22nd Law Commission of India to undertake an examination of various issues relating to it.

The chairperson and members of the said Law Commission, which was set up in 2021, have not yet been appointed. [IANS]

(Kavya Dubey can be reached at [email protected])

Deepika Padukone getting trolled for ‘Besharam Rang’ is misogyny: Ramya