Explainer: Why Poland Cracks Down on Abortion Rights 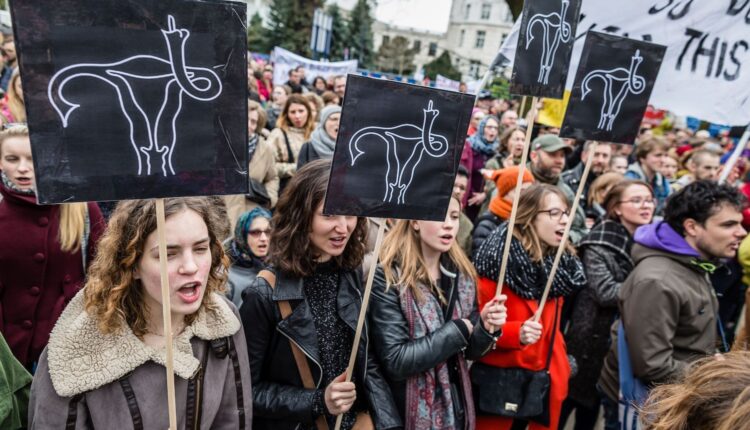 Share
“It’s a man’s world and we’re all just living in it “is an age-old saying that might be disputed by many. The basic argument being that society has evolved when it comes to women’s stature and stronghold in various domains. Several decades of trials and tribulations later, women have ventured into every arena of skill and interest. Be it stem cell research or successful moon landings, we’ve seemed to conquer it all. However, when the conversation shifts to basic human autonomy and freedom to make decisions for a female body, there seems to be an instant backlash and rigid notions that still oppress the female body. In a recent wave of radical implications, Poland’s regime has struck down an iron fist on women’s right to abortion. Poland is already had some of the strongest abortion laws in all of the EU. However, the ruling on Friday bans almost all abortions, only exceptions being –  cases of rape, incest, or where the mother’s health is at risk. According to official reports, Poland witnesses fewer than 2,000 legal terminations each year. But women’s groups estimate that up to 200,000 abortions are either performed illegally or abroad. Poland isn’t the first country to suppress women’s abortion rights. In recent years, developed nations like the USA and many more have been grappling with a conservatism approach when it comes to the pro-choice vs pro-life debacle.

The Verdict of the Government

The verdict of the Polish constitutional court claimed that legislation allowing for the abortion of malformed fetuses was “incompatible” with the constitution. The shocking verdict that is set to hinder the growth of millions of women’s well-being and safety is hailed both by the church and the state of the European country. The issue is no longer subjected only to the European country. On the same day protests began in Poland, the United States signed a Global Anti-Abortion Declaration along with more than 30 countries representing over 1.6 billion people. Politicizing women’s issues is not an overnight problem that has come to the forefront. It has been on an increasing trend in the recent political climate.

Why are we Going Backwards?

A worrying trend noticed in many countries in the world, showcases that religious doctrine that dominate the lives of the poor and disempowered is the cause of such misinformation regarding the politics surrounding female autonomy. It almost always amounts to a denial of the basic rights to correct information and access to the fruits of modern science. According to a BBC report, Poland’s demographic is deemed to be strictly against the anti-abortion ruling and the repressiveness of the government is all part of the political powerplay that treats women as commodities rather than living and breathing humans who are bodily decisions must be respected as their own.

Root of the Problem

Poland is one of the many countries throughout Europe who’re shifting towards an oppressive human rights stance. Even today, millions of individuals and couples in several parts of the Region, particularly in the more deprived countries of central and eastern Europe, do not have access to quality contraceptive services and supplies – a situation similar to that of third world countries. Moreover, emergency contraception is either completely banned or wrapped in controversy.

Thousands of protesters have come out to defy the government’s extreme decision making. Protests around the country featured drivers created a series of blockades in city centres and thousands of people marched to express their anger. There is so much anger because people can see how the abortion issue is being exploited as a political issue, with women being used as a bargaining chip by political actors. The streets were swarmed with people coming out in solidarity for women in times of a raging pandemic. Placards, pamphlets, and street signs all marked the people’s defiance with slogans of “Enough,” “hell for women” and “I want choice, not terror “.  Angry activists disrupted church services across the country, chanting and spraying slogans on walls to protest the ban. Throngs of protesters carried posters depicting a crucified pregnant woman and gave out protest cards to priests.

A bleak future for the divine feminine

Women are known to be the symbol of life and vitality across all cultures and religions. However dogmatic ideas and patriarchal functioning of the society limit the mobility and basic living standards of women all across the world. What’s happening in Poland washes over the façade of an egalitarian society that we claim to exist in. The fight for women’s right to live freely seems like a long and strenuous one. The need of the hour is for governments to implement proper reproductive rights such as free healthcare, maternity leaves, effective and cheap contraception, safe abortions, counselling, and clinical care for women all over. Remember to protest, and let your voices be heard when it comes to basic human rights that must be granted to every living citizen. We must bear the onus of sharing information, educating others, and voting for the right representatives.  LEARN, SHARE, ADVOCATE!

This Odia GirlBoss Has Traveled 68 Countries Clad in Colorful Sarees!