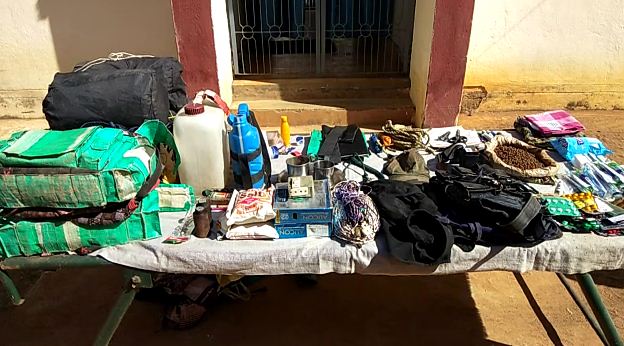 As many as two haversacks, a detonator, 2 hand grenades, 2 packets of explosives, 3 magazine pouches, and other Maoist articles were recovered from the place.

Acting on reliable input, a joint team of SOG and DVF had on January 6 launched the operation near village Lengerimunda under Chakapad police limits in the district. On the morning of January 7, a group of Maoists opened fire at the security forces and lobbed grenades.

The jawans initially asked the red rebels to surrender and later retaliated in controlled manner for self-defence. Taking the advantage of the dense forest, the Maoists managed to flee the spot. Further operation by the security forces was underway.