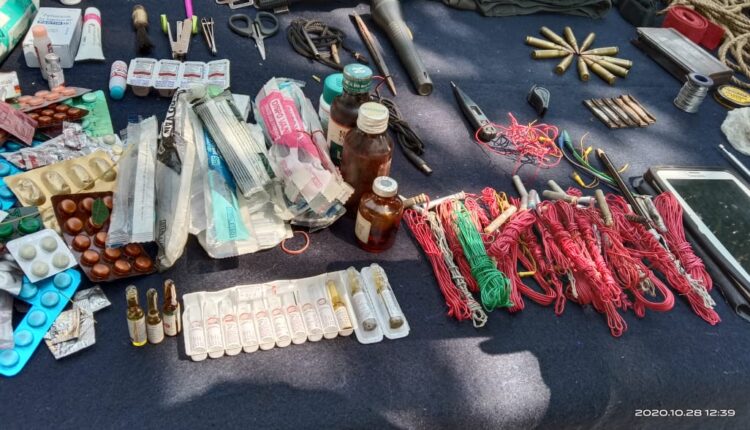 Malkangiri: Security forces have seized explosives and arms in Odisha’s Malkangiri district after an exchange of fire between them and Maoists.

Based on reliable intelligence input, an anti-Maoist operation was launched by SOG and DVF teams of Odisha Police, BSF, and Andhra Pradesh Police yesterday in Bhimaram Reserve Forest area under Papermetla police limits of the district along Odisha-Andhra Pradesh border.

During the combing operation, the Maoists opened fire at the security forces near Gunamamudi village. The jawans retaliated following which the extremists ran helter-skelter and managed to flee the spot taking advantage of the forest and hilly terrain, police sources said.

During the search of the area, the following articles were seized:

It is suspected that the articles belonged to AOBSZC cadres and were intended to be used against civilians and security forces, sources added.