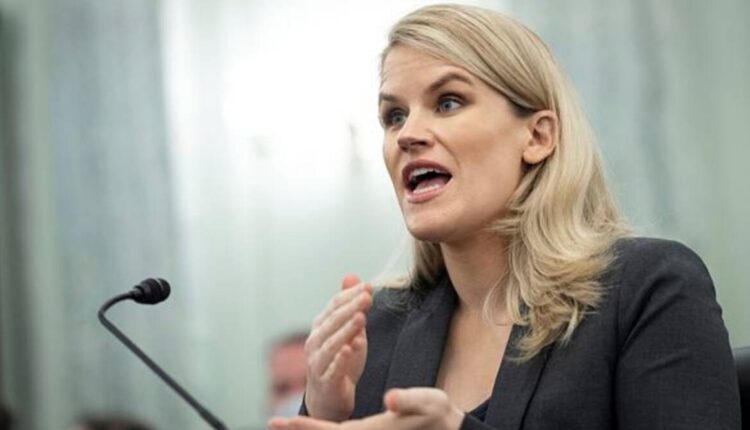 New York: During much-anticipated testimony before the US Senate Subcommittee on Consumer Protection, Facebook whistleblower Frances Haugen repeatedly pointed outside of the country for examples of how the social network could be used to dangerous ends, CNN reported.

The former product manager on Tuesday referenced a series of links between activity on Facebook and deadly violence in Myanmar and Ethiopia, and spying by China and Iran.

Asked by one senator whether Facebook is used by “authoritarian or terrorist-based leaders” around the world, Haugen responded that such use of the platform is “definitely” happening, and that Facebook is “very aware” of it, the report said.

Her last role at Facebook was with the company’s counterespionage team, which she says “directly worked on tracking Chinese participation on the platform” surveilling, say, Uyghur populations around the world.”

“You could actually find the Chinese, based on them doing these kinds of things,” she said.

In March, Facebook’s security staff revealed that Chinese hackers had targeted Uyghur activists and journalists living outside the country with fake Facebook accounts and malware, the report said.

Haugen’s team also observed “the active participation of, say, the Iran government doing espionage on other state actors. This is definitely a thing that is happening,” she said.

This summer, Mike Dvilyanski, Facebook’s head of cyber espionage investigations, told CNN the company had disabled “fewer than 200 operational accounts” on its platform associated with the Iranian spying campaign, and notified a similar number of Facebook users they may have been targeted by the group, the report added.

Haugen blamed “a consistent understaffing of (Facebook’s) counterespionage information operation and terrorism team” for the ongoing proliferation of such threats however, and said she was also speaking with other parts of Congress about them.

Low pressure to form around Oct 10; Will Odisha see another cyclone?