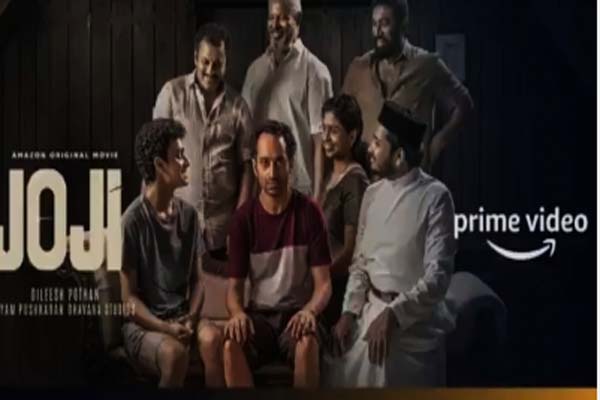 Mumbai: The Malayalam crime drama “Joji” will release digitally on April 7. The film stars Fahadh Faasil, who made his mark with roles in “C U Soon” and “Kumbalangi Nights”, along with Baburaj, Shammi Thilakan, Alistair Alex and Unnimaya Prasad, and has been directed by Dileesh Pothan.

Talking about how he came on board, Fahadh says: “The moment I got to know about my character and his journey, I knew I had to be part of the movie. I love to watch movies with unconventional plot twists, and ‘Joji’ definitely packs in some surprises.”

Manav Kaul on OTT competition to films: Options are always a good thing

Amyra Dastur: Thanks to OTT, people don’t get work because of their last name

“I give myself enough time to understand my character and essentially become it, but Joji is one such character that had an edge to it which made the role interesting and appealing to me,” he adds.

Director Pothan says “Joji” was a “special” film for him.

“As a filmmaker I enjoy telling stories, and every film has its own journey. ‘Joji’ is a special film, the story will keep audiences hooked till the end. With ‘Joji’, I also reunited with a fine actor like Fahadh. It was an amazing experience to work with such a brilliant and hardworking team. Every actor embraced their characters so beautifully,” he says.

“We are thrilled to bring the World Premiere of Malayalam film Joji to our customers across 240 countries and territories. Fahadh and Dileesh have made some exceptional films together and this one is their latest notable addition,” said Vijay Subramaniam, Director and Head, Content, Amazon Prime Video, the platform where the film will drop.

Higher TDS if PAN not linked with Aadhaar by today