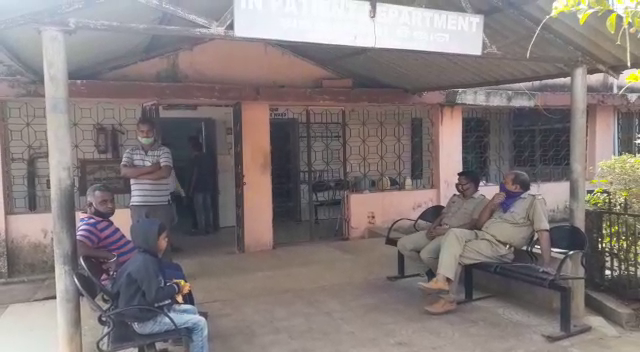 Angul: A youth attempted to immolate self in front of the Pallahara Police Station in Angul district allegedly over a failed love affair.

The victim has been identified Biswanath Nayak, a resident of Iswar Nagar area under Pallahara police limits.

According to reports, the incident took place at around 11.30 am on Saturday near the police station where a youth poured kerosene all over his body out of a failed love affair. The police personnel on duty managed to foil his attempt for suicide while he was trying to set himself on fire.

The victim was rushed to the Sub-Divisional Hospital, Pallahara, for treatment.

A notepad seized from the victim’s possession revealed that under strong influence of extreme stress, the youth attempted suicide after he failed to get his beloved, who is from Dhama area in Sambalpur district, the police said.