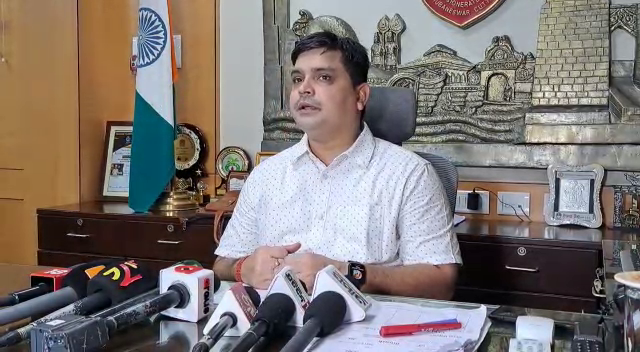 Cuttack: In latest development in seizure of fake drugs in Cuttack, the Commissionerate Police claimed to have achieved major success with identification of two traders, who had supplied the spurious blood pressure (BP) medicines to different drug wholesale points.

“A special team of Commissionerate Police with help of Gaya Police is conducting raids at various locations in Bihar. We have already identified traders involved in the spurious drugs case. We are trying to reach from where the fake drugs were procured. The investigation is underway,” the DCP told reporters.

According to reports, the joint team of Purighat Police and Directorate of Drugs Control had seized 1340 strips of ‘Telma 40’, used to treat high blood pressure, valued at approximately Rs 3 lakh during a major crackdown at Mahatab Road in Cuttack on September 19.

During the probe, it came to fore that fake blood pressure medicines were outsourced to the VR Drug Agency by a Kolkata-based agency. The fake drugs were procured by a transport company located at Mahatab Road from Kolkata on September 10.

Following raids at multiple locations in the city, the Purighat Police on September 13 arrested two pharmaceutical distributors — Rahul Kyal (25) and Sanjay Jalan (52) — in connection with the spurious drugs case. While Rahul was running his business in the name of his mother in Manik Ghosh Bazar, Sanjay had registered his firm at Jaunliapati in his wife’s name.

During interrogation, the police came to know that both Rahul and Sanjay were procuring the fake medicines from two agencies from Bangalore and Bihar.

Acting on the information, a special team was deputed to two source points in Bengaluru and Bihar from where Rahul’s VR Drug Agency and Sanjay’s Puja Enterprises had availed the huge stock of fake medicines to identify the manufacturer of the spurious drugs.