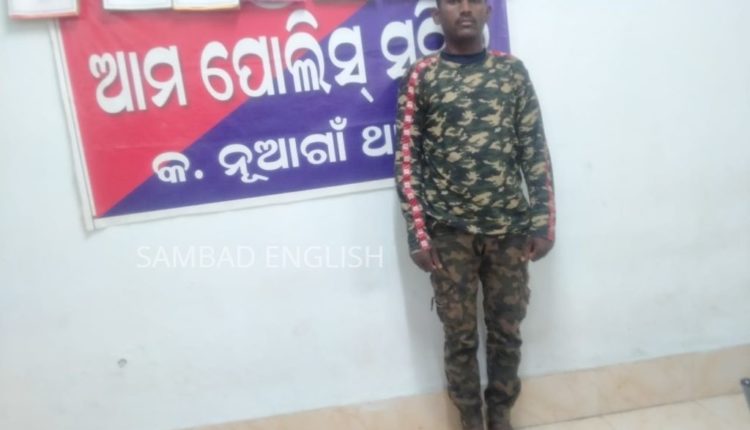 Phulbani: The K Nuagaon police today arrested a person, who was posing as a CRPF jawan and committing offences, for allegedly kidnapping a divyang minor girl and looting motorcycles in Odisha’s Kandhamal district

The accused has been identified as Dukhishyam Digal of Phiringia in the district. According to police sources, Digal had abducted a 13-year-old girl of K Nuagaon area on the pretext of taking her to market for buying new clothes for her on the occasion of Christmas.

As the victim didn’t return home, her parents lodged a complaint in this regard with police. This apart, Digal also looted two motorcycles from two persons in Gochhapada and Sainapada areas after identifying himself as a CRPF jawan and asking for lift. Separate complaints were also filed in this connection.

Police later apprehended the accused and seized the vehicles, CRPF uniform and a mobile phone from his possession. The minor girl was also rescued by police and handed over to the district Childline.