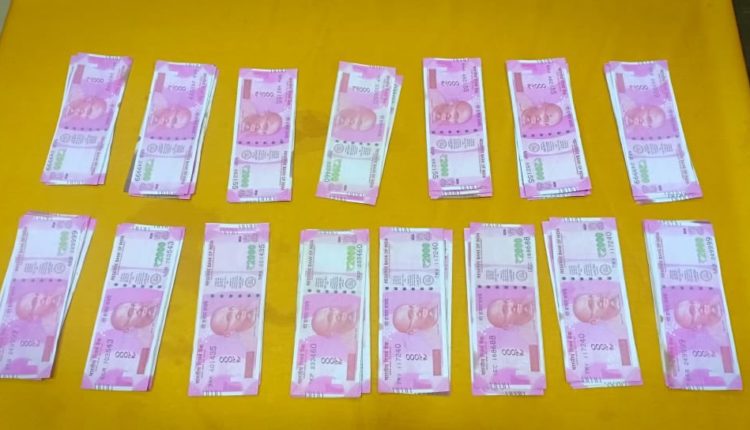 Cuttack: The Twin City Commissionerate Police have seized fake currency notes with face value of Rs 1.06 lakh and arrested a person in this connection in Odisha’s Cuttack city.

According to reports, one Satyajit Panda of Tangi area had deposited 53 counterfeit currency notes in denominations of Rs 2,000 in a cash deposit machine of SBI in Markat Nagar area on January 17. Later, he lodged a complaint with the bank saying that the amount was not deposited in his bank account.

During probe, bank officials examined the cash inside the machine and brought the notes deposited by the accused to the Bidanasi branch of the SBI, where it was established that the notes are fake.

The Branch Manager then informed the Markat Nagar police about the incident, following which cops initiated investigation and apprehended Satyajit today under Sections 489 A and 489 C of the IPC.

On the other hand, efforts are on by police to ascertain the involvement of others in the offence. Police also suspect that the accused was a member of a fake currency note racket, sources said.