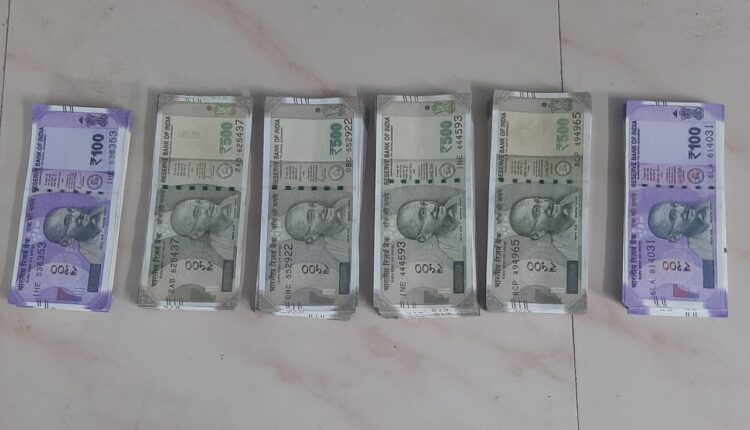 Koraput: The Special Task Force (STF) of the Odisha Crime Branch yesterday seized fake currency notes having face value of Rs 3,28,300 in Koraput district and arrested a person in this connection.

The accused has been identified as Anam Khilo of Lekiguda in Nandapur area of the district.

Acting on reliable information regarding illegal business of the counterfeit currency notes at Semiliguda/Sunabeda Bus Stand, officers of the agency raided the place and seized the notes besides apprehending Khilo.

Other incriminating articles were also seized from his possession. A case has been registered at the Sunabeda Police Station under Sections 489-A, 489-B, 489-C, and 120(B) of the IPC.