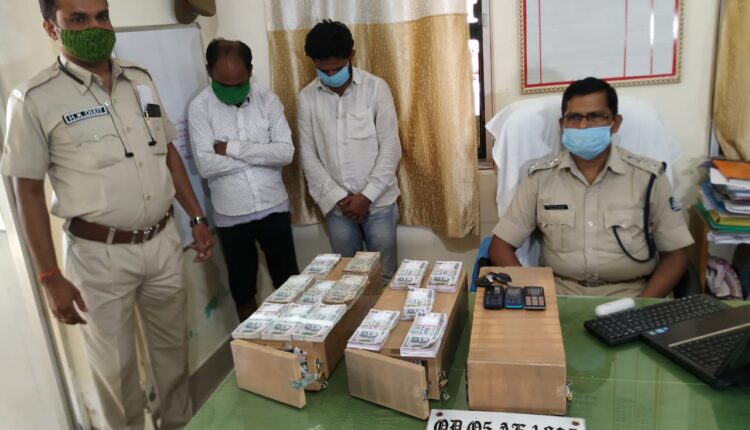 The accused persons caught red-handed have been identified as Priya Ranjan Nayak and Bijay Kumar Das.

Odisha: 3 held for exchanging fake currency notes with real ones

According to reports, the accused persons of a fake currency racket operated at Nalanga area near a national highway had called up a youth belonging to Basudevpur area of the district and allured him of paying Rs 2 lakh in exchange of Rs 1 lakh cash. They told him to visit the fake currency manufacturing unit at Nalanga.

The youth approached the Basudevpur police seeking assistance. The police constituted a team of officials to bust the fake currency racket. As per their plan, a few police officials in civil dress followed the youth to the location. They caught two accused persons while making transactions.