Fake godman beaten up for trying to rape woman in Odisha 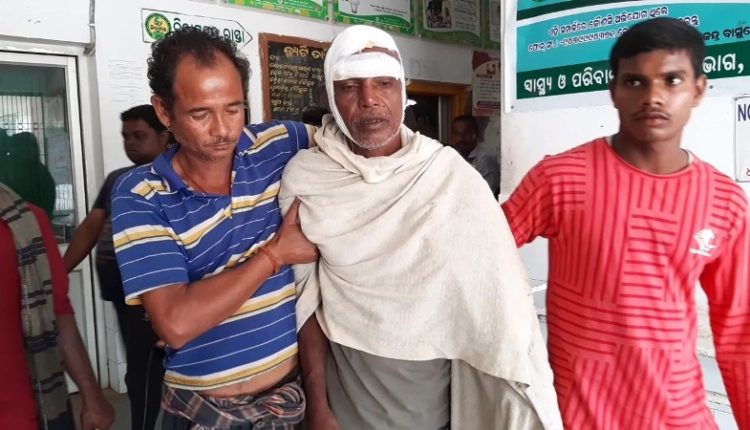 Bhadrak: A fake godman was beaten up mercilessly for allegedly trying to rape a married woman having fertility issues on the pretext of conducting a special ritual to help her conceive a child. The incident was reported from Radhanathpur village under Chudamani Marine PS in Bhadrak district on Saturday.

According to reports, a couple of Radhanathpur village was childless even after 5 years of marriage. Recently, they came in contact with a self-proclaimed godman identified as Gourahari Tala (70) of Krushnapur village. On his suggestion, the family made arrangements to perform a special ritual on Saturday night.

Woman tortured, sexually assaulted by father-in-law for ‘infertility’ in Odisha

Following a Puja at home, the fake godman suggested the couple to perform a special ritual at crematorium at midnight. The family also agreed and moved towards the crematorium. Gourahari stopped them midway and told them that only he and the woman are required to be present for the ritual at the crematorium.

Thereafter,the family waited on the road near crematorium, while accused and the woman went ahead. Later,  he asked the woman to remove her clothes and sit down along with him. The woman followed the same. During the ritual, the accused tried to rape her. However, the victim managed to escape from the place and shouted for help. Hearing her scream, her family rushed to her rescue.

Soon after reports of the incident spread, the villagers detained the fake godman, tied him up and went on assaulting him brutally. On receiving information, the police reached the spot and rescued the accused from clutches of the irate villagers and admitted him to Basudevpur Community Health Centre (CHC).

Based on a complaint by the victim’s family, police lodged a case, arrested him and later produced him before a local court.