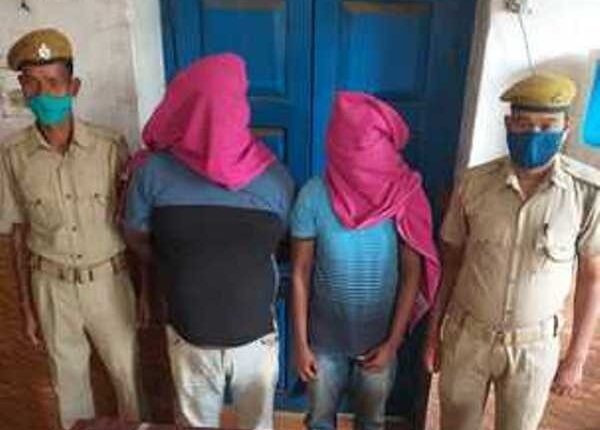 The accused persons have been identified as Bijay Behera alias Situ and Sangram Mahto.

The duo is accused of cheating a person Sujit Kumar Moharana, a resident of Choudwar village, by selling him duplicate gold bricks.

According to reports, Bijay Behera, a resident of Choudwar village, had motivated Sujit to sell original gold bricks to him. As per their conversation held between the duo at Gandhi Chhak on October 26, Bijay sold Sujit 900-gram gold bricks at price of Rs 5 lakh.

After purchasing huge amount of gold, Sujit examined its quality at his home following which he came to know that the gold was duplicate.

The victim approached the Choudwar Police Station and lodged a written complaint.

Based on the complaint, the police begun investigation and arrested Bijay and another person Sangram in the fake gold bricks racket.

Sangram is a native to Samastipur district of Bihar. He was residing at OTM Colony in Choudwar.

The duo was apprehended during a raid yesterday. The Police have seized Rs 1.45 lakh cash, 2 mobile phones and 900-gram fake gold from their possessions.

Following arrest, they were forwarded to a local court yesterday.

One dead, 2 critical in crackers explosion in Odisha’s Ganjam