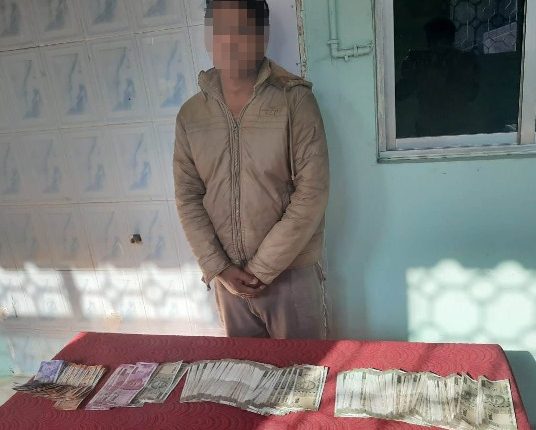 The accused has been identified as Lakshman Panda, a resident of Dharakote area in Ganjam district. He was working as security guard and staying in Old Town locality in Bhubaneswar.

He is accused of duping two tribal vendors of over Rs 1 lakh during recently concluded Adivasi Mela-2020 in the city.

According to reports, two tribal vendors of Koraput district namely Shashi Paligudia and Damei Nayak were allotted a stall at IDCO Exhibition Ground for the annual tribal fair in Bhubaneswar. The youth identifying himself as an ITDA officer had asked the duo to pay him all their earnings to win Rs 1 crore prize award for best forest products in the week-long fair.

The innocent tribals without consulting anyone paid Rs 1.40 lakh to the fake official. Also, the accused managed to take away their mobile phones.

Later, the tribal vendors duo realised that they have been duped by the person when they informed it to the members managing the grand Adivasi Fair. Following a complaint at the Capital Police Station, a case had been registered and probe was initiated to nab the culprit.

The Commissionerate police managed to ascertain the whereabouts of the accused by tracking the theft mobile phones of the victims. The Capital Police Station IIC Arun Khilar apprehended Panda from Baramunda Bus Stand in Bhubaneswar on Wednesday morning.

The police seized Rs 1.20 lakh cash and two mobile phones from his possession. During interrogation, he said that he had spent Rs 20,000 from the amount he had looted from the tribal vendors.