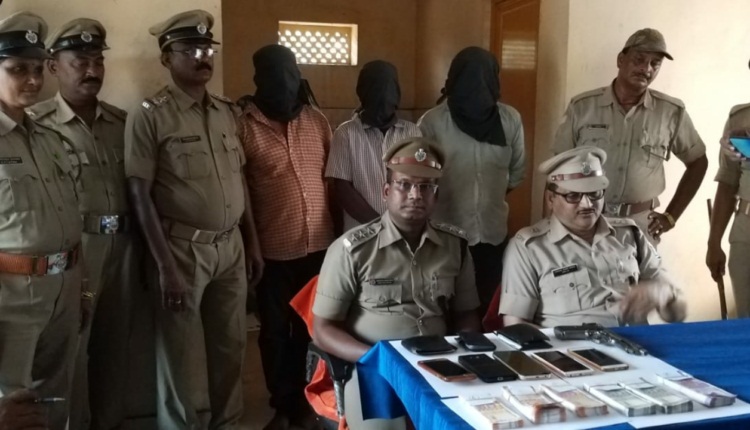 Angul: As many as three persons have been arrested in connection with the seizure of fake notes with a face value of Rs 3.52 lakh from a vehicle in Odisha’s Angul town on April 9, police said today.

The seizure took place during checking of vehicles in the town on the fateful day. Initially, two persons, identified as Padan Mallick and Sangram Keshari Panda, were arrested on the very day.

During interrogation, the duo revealed involvement of one Brajamohan Sahu in the offence, following which he was arrested today. Five mobile phones and a country-made gun have been seized from the possession of the accused.

Police have started investigation to ascertain the source of the counterfeit notes. It is being suspected that the seized fake notes have connection with alleged illegal cash flow in the region ahead of the elections. The Angul Assembly constituency will go to polls on April 23.