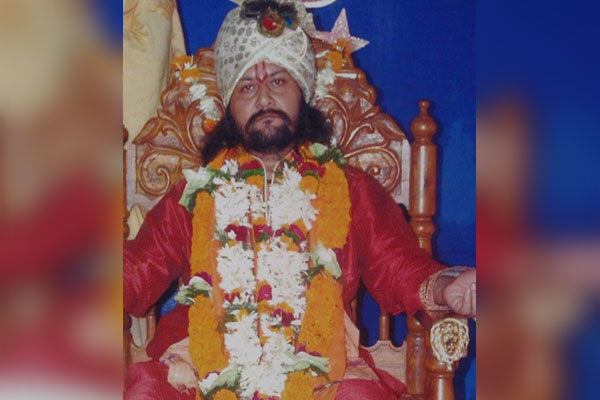 Bhubaneswar: A fresh fraud allegation has been levelled against self-proclaimed godman Bijayananda Choudhury, who was recently arrested by Economic Offences Wing (EOW) of Odisha Crime Branch for his alleged involvement in duping a man of Rs 3 crore.

As per the fresh complaint, Bijayananda has cheated a contractor of Rs 25 lakh in Berhampur of Ganjam district.

Sources said he has also invested in a movie project. Meanwhile, the EOW has seized Rs 2 lakh after freezing two of his bank accounts. The accused is likely to be taken on a remand by the investigating agency for questioning.

On August 22, the EOW arrested Bijayananda and engineer Chandan Akash Mohanty from their residences in Cuttack CDA and Nayapalli area here, respectively for defrauding a man of Rs 3 crore in the guise of OTDC (Odisha Tourism Development Corporation) officials. The two cheated one Dhanurdhara Champatiray, a Special Class Contractor by issuing fake work orders in the name of OTDC.

During investigation, it was revealed that Dhanurdhara was in search of work orders during COVID-19 pandemic. In May, 2020, he visited the house of the self-proclaimed godman, who introduced himself as the Chairman of OTDC Ltd and member of ITDC Ltd. He later introduced the victim with accused Chandan as the Assistant Engineer of OTDC, though his contract period had lapsed since May 31, 2019.

Both Bijayananda and Chandan assured the victim of providing work order from OTDC Ltd and asked him to deposit hefty amount of money towards EMD in personal bank account of Chandan.

Between August and November last  year, Chandan gave over 23 work orders, issued under the seal and signature of OTDC Ltd Executive Engineer. The accused duo managed to get Rs 3 crore from the contractor against the work orders. Of the total amount, about Rs 1.14 crore was deposited in the personal bank account of Chandan.

During investigation, the work orders were found to be fake. It was also ascertained that a huge amount of money was paid to accused Bijayananda by Chandan.