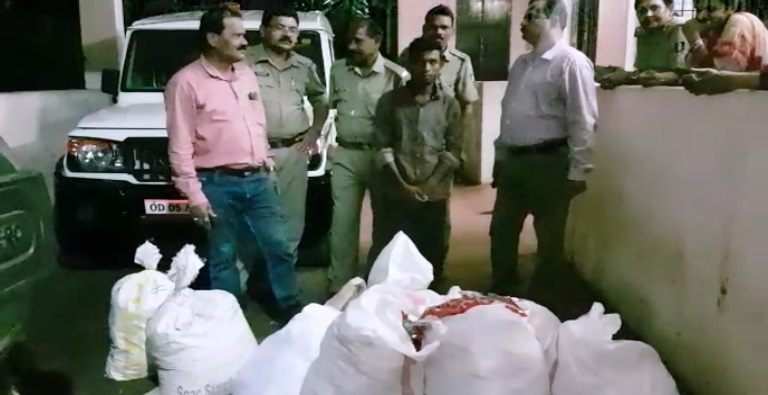 However, the owner fled from the spot during raid at the factory on Friday night.

The police conducted raid at the unit based on a complaint by a Jungarh-based tobacco company ‘Lankeswar’ alleging duplicate ‘khaini’ (a chewing tobacco item) production at a rented house at Ichhabatiguda Sahi under a brand name ‘Banadurga’ in Nabarangpur town.

According to reports, the firm owner Naresh Panda had recently conducted an inquiry following his company incurred huge loss in past few days. During in-house probe, he came to know about operation of a fake unit manufacturing ‘khaini’ in the town.

He lodged a complaint in this regard at Nabarangpur police station following which a raid was conducted at a house where the fake tobacco items were being manufactured.

During the raid, police seized huge quantity of fake tobacco items and the machines used for its production.

However, the fake firm owner identified as Pinku Sahoo, a native of the district, managed to flee from the spot.

Police detained a labourer engaged at the unit for interrogation in this connection.

“As We faced huge loss in selling our products at market, we had initiated a probe at company level to know the reason. During field inspection, we came to know about the fake unit, which was manufacturing duplicate items. We immediately informed the police alleging illegal operation of tobacco items in the area,” said Panda.