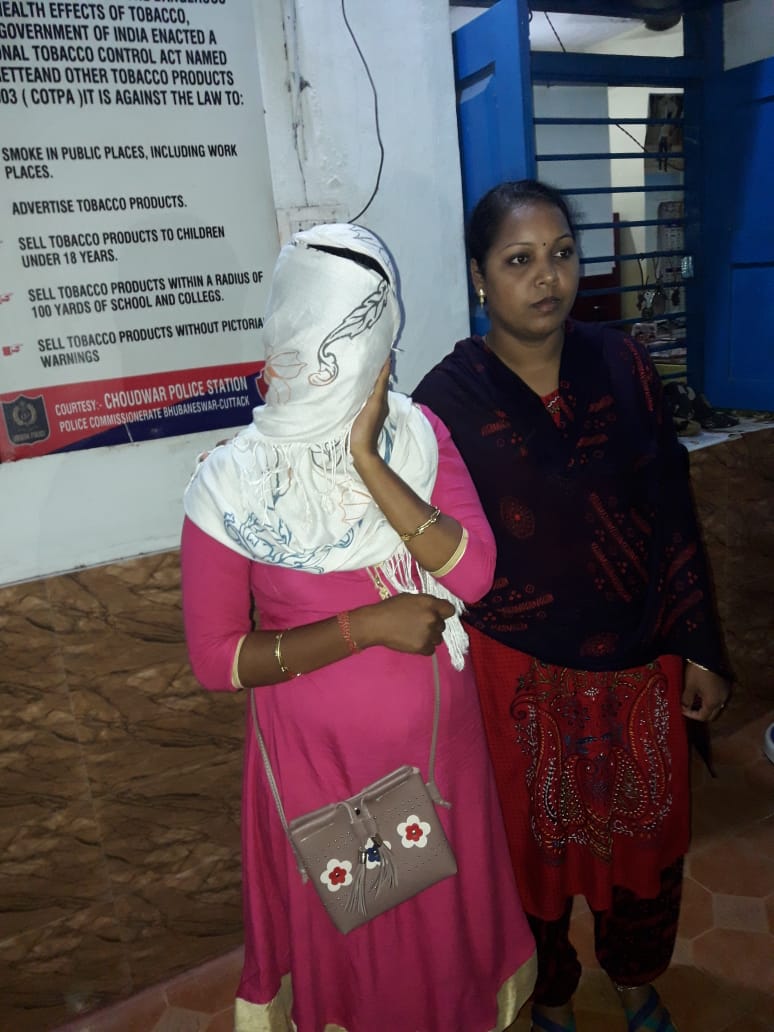 Cuttack: Police arrested a fake woman IIC during a raid on a rented house at Choudwar in Odisha’s Cuttack district yesterday.

The arrested woman was identified as Sultana Begum, daughter of SK Nawab and wife of Mrutunjay Swain of Balia village under Derabis police limits of Kendrapara district.

Police seized a police uniform with name plate of Laxmipriya Mallick, three stars, eight brown colour shoes, original Aadhaar card with number 4903 4456 8681 in name of Sultana Begum, one SBI passbook, one police belt, one Hero Maestro scooty having vehicle number OD-04K-0030 registered in her name and one birth certificate in name of Subhashree Swain during the raid.

A case has been registered under sections 419 and 120 of IPC against Sultana for fake identity as the police officer.

The true identity of Sultana was revealed after the raid.

According to reports, police conducted raid on the house following complaint lodged by Rajkumar Nayak at Choudwar police station on Thursday against the woman, who was staying at the house of Ramachandra Sahoo on rent.

Raising doubt on the woman, who was posing herself as the IIC of Malgodown police station, Nayak approached the Choudwar police for investigation.

He told the police that he had noticed the woman wearing a police uniform with a name plate Laxmipriya Mallick during Lord Ganesh idol immersion procession on Oct 7. She gave her identity as the Malgodown IIC and deputed to Choudwar for immersion procession.

Her fake identity came to fore after she approached the Choudwar police IIC for release of an arrested accused namely Bharat Sahoo. She introduced herself as the Sub-inspector of Malgodown police station and subsequently changed her version saying that she was transferred from Mahanga PS. She also disclosed her identity as Minakhi Swain. The woman was exposed when the complainant Nayak visited the Choudwar police station and said that the woman was present during the idol immersion on Oct 7 and identified herself as IIC of Malgodown PS.

During investigation, Choudwar police found that the accused was continuously cheating the public posing herself as the police officer. She had allegedly threatened her house owner and did not pay rent.