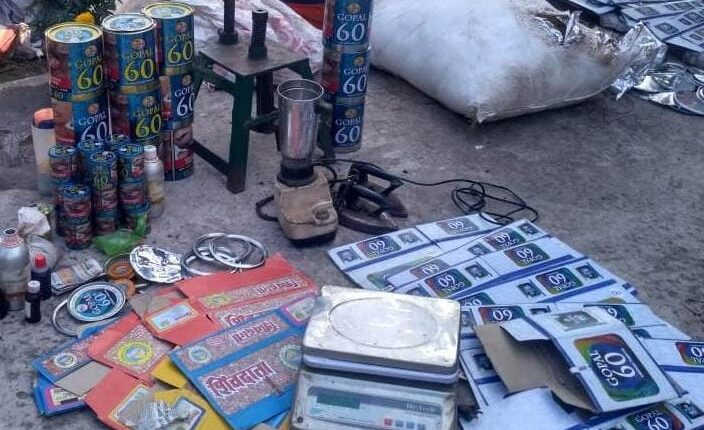 Chhatia: Launching a crackdown against adulterated products manufacturing units, the police today busted a fake chewing tobacco manufacturing unit and arrested one person in connection with this in Odisha’s Jajpur district today.

Acting on a tip-off, police officials raided a house in Chhatia Bidyadharpur village under Bairi police limits in the district. During the search, the police personnel seized huge quantity of fake chewing tobacco or ‘zarda’ and packaging machines from the house. They arrested one person, identified as Binod Pal for his alleged involvement in running the fake manufacturing unit.

A police official said Binod used to package fake chewing tobacco in the name of popular brands such as Gopal and Shibdata at the manufacturing unit. The accused was selling the fake products in the State as well as outside, the police official added.

Few days back, the Special Task Force of Crime Branch raided Chhatia Bidyadharpur and seized a large quantity of fake zarda. Three persons were arrested for their alleged involvement and forwarded to the court.