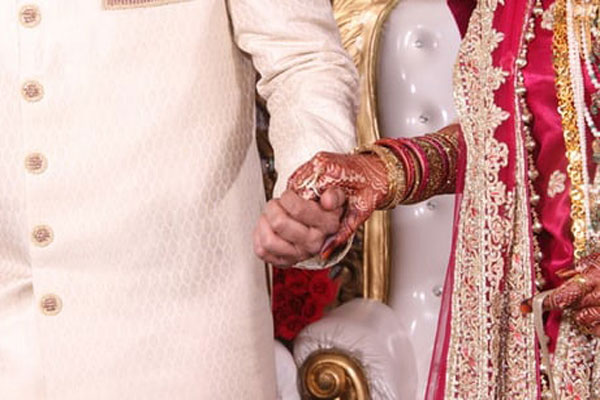 Chikkamagalur (Karnataka): In a bizarre incident, the family of a man who married a Dalit woman has been ostracised and a fine of Rs 5,000 imposed on people who interact with him in Lingadahalli of Tarikere taluk here.

Not only this, the family has been banned from entering temple, working in other agricultural fields and local community members have fenced their ancestral property.

Somashekar belonging to Uppar community fell in love with a woman from Dalit caste and got married to her resisting opposition. Soon after, the village community members issued a “boycott” diktat.

Uppar is a backward caste dominant in Old Mysuru and Mumbai Karnataka region. They have a distinct culture and live in geographical isolation outside the main village. They also are socially and economically backward. Recently, the community sought a Scheduled Caste tag.

Somashekar complained that he is not allowed to enter temple. Community members have been told not involve or invite him for anything. “I got married to a woman I was in love with. What is the problem with community members?” Somashekar questions.

Unable to bear the humiliation, his famiy has decided to embrace Islam. “We have decided to get converted to Christianity as we cannot put up with torture by community elders any more. Hindu organisation leaders who came to know about this have stopped us and assured of relief,” he says.

“We want dignity and honour in the village,” he said.

On learning about the incident, the Vishwa Hindu Parishad and Bajarang Dal leaders have stopped them. Tadakuru Manju, Hindu leader slammed the elders for ostracising Somashekar and his family.

“A complaint has been submitted to the Deputy Commissioner in this regard. If district administration does not take action, the Hindu organisations will take up the initiative and ensure that victim Somashekar and his family members are not tortured. If the fence around their property is not removed, we will only remove it,” he stated.