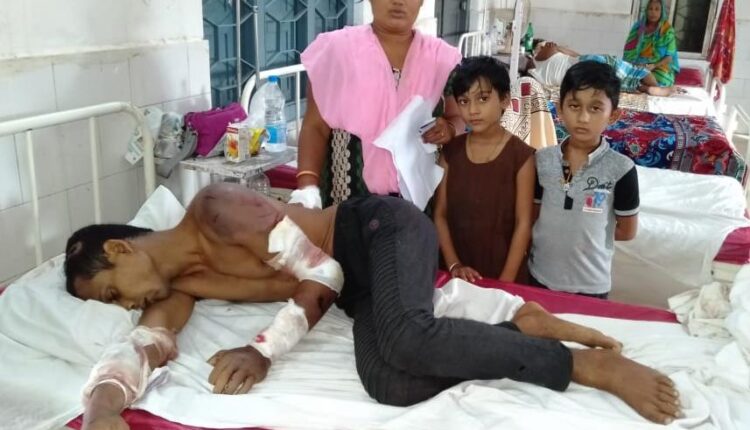 Kendrapada: Family dispute led to a tragic end after the elder son of the house succumbed to injuries following a scuffle with father at Adhanga village under Patkura police limits in Kendrapada district.

The deceased has been identified as Umakanta Mishra.

Sources said an altercation erupted between father Kaminikanta Mishra and his two sons last night over some family issues. The situation turned violent when all of them sustained injuries while attacking each other with sharp weapons. The trio was rushed to the Community Health Centre (CHC) at Patkura. Later, Umakanta and his father were shifted to the District Headquarters Hospital (DHH) here after their condition deteriorated. However, Umakanta succumbed to injuries while undergoing treatment at the hospital. Meanwhile, Kaminikanta has been shifted to SCB Medical College and Hospital in Cuttack.

Following a complaint,  the Patkura police detained Kaminikanta’s younger son Lokanath for interrogation and began an inquiry into the incident.