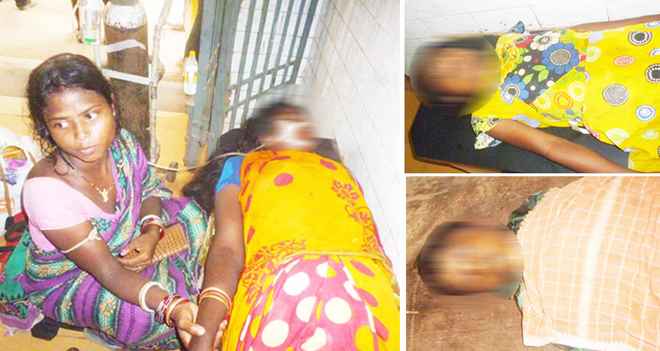 Quarrel turned tragic in Odisha’s Mayurbhanj district as three members of a family attempted suicide by consuming poison where one was killed and two others were battling for life.

As per reports, 33-year-old Manguli had a quarrel with her stepson Krushnachandra (16) this morning. While the squabble lingered for hours, an exasperated Manguli took her two minor kids – Manoj (8) and Kuni (11) – along with her to the village funeral ground this afternoon.

The mother of two offered pesticide-laced biscuits to her children and she too consumed the poisonous substance near the place where her husband Sunaram Singh was cremated.

While Manguli and Manoj started vomiting and lost consciousness, Kuni rushed to the village to inform about it.

The villagers hurried to the spot and rushed the trio to Betnoti Community Health Centre.

The condition of the duo is stated to be critical.

It may be mentioned here that Sunaram had married Manguli after his first wife predeceased him. However, he also died after some years of his marriage with Manguli.

The incident took place at Chailasa village of Durgapur panchayat under Morada block in the district.

Bomb hurled at house of Odisha MLA’s brother in Cuttack