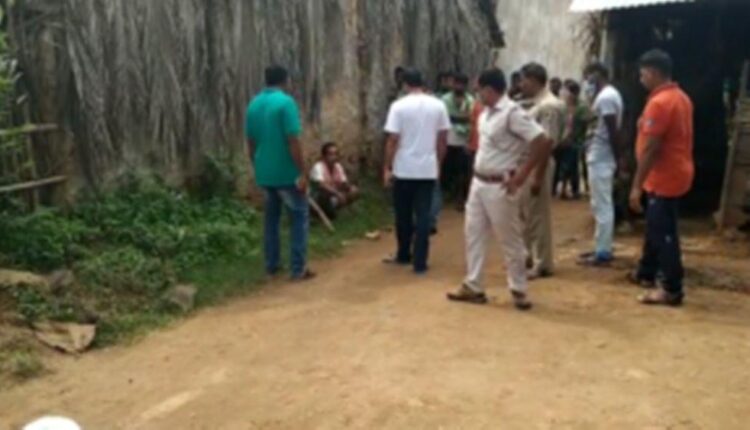 Bhanjanagar: A family quarrel between an elderly man and his son took a turn for worse when the youth was allegedly beaten to death by his father at Amutul village under Sorada police limits of Ganjam district today. The deceased was identified as Jitendra Bisoi (38).

Jitendra, the elder son of Jai Bisoi, was a short tempered person. He used to fight with his parents and beat them up without any reason. Today when Jai was working at his home, Jitendra reached there and engaged in an argument. Later he attacked his father.

When the torture became unbearable today, father Jai beat his son with a lathi from the behind on the village road killing him on the spot.

After being informed, a team of police officials reached the spot and sent the body for post mortem. The accused father has been detained by the police.

Tribal man dies by ‘suicide’ a day after attacking wife in…

Youth beaten to death by elder brother in Odisha’s Bhadrak;…