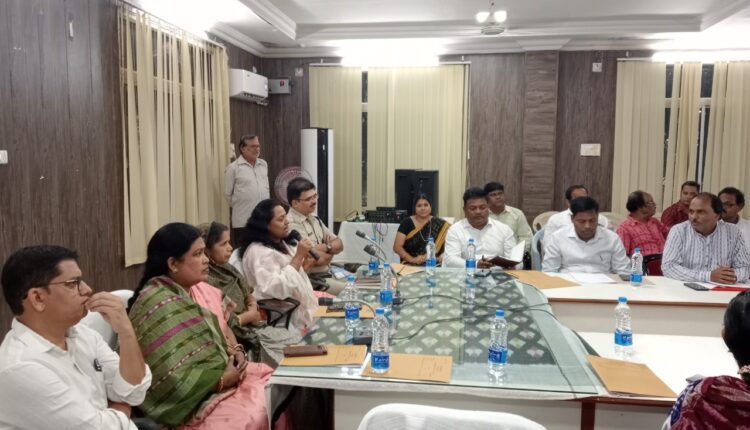 Bargarh: The internationally acclaimed 11-day Dhanu Jatra will begin from December 26 in Odisha’s Bargarh district. A decision in this regard was taken in a preparatory meeting held by the Dhanu Jatra Mahotsav Committee and the district administration under the chairmanship of Collector Monisha Banerjee on Wednesday.

Various proposals were put forth for organising the annual carnival, touted to be the world’s largest open air theatre in the world. Artistes from Mathura and Gopapaur would be chosen anew and a final decision would be taken after various stages of the selection process. MLA  Debesh Acharya’s proposal to erect a welcome gate at Gandhi Chowk as part of quality enhancement of the festival was supported by other participants in the meeting.

Sources said constructive steps to mobilise resources for the event was stressed upon. High quality costumes, dialogue, mikes and other accessories for better rehearsals and performance of artistes would be a priority. Participating in the meeting, Snehagini Chhuria suggested inviting State and National-level actors to the Jatra.

It was decided to organise other fairs along with meena bazaar to provide a fair playing ground for traders across the country who often fall prey to middlemen. Stakeholders demanded that the land allotment for tents be done online on national level.

Members of Gopapur committee expressed concerns and demanded transparency in artiste selection along with increase in height of the stage. They also pressed for a permanent field and arrangements for staging of ‘Kalia Dalana’.