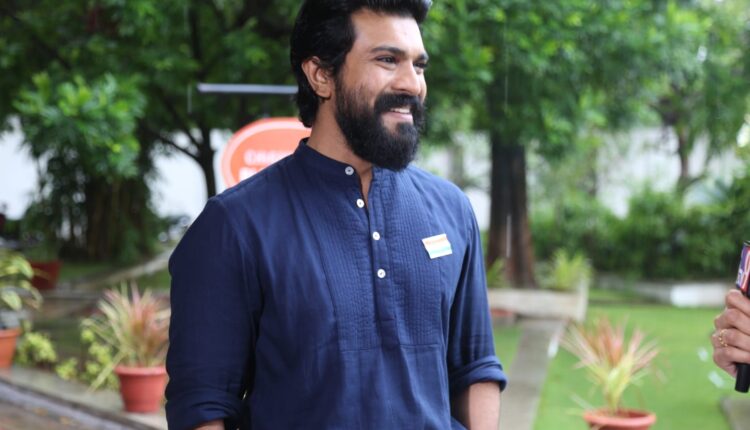 Hyderabad: A fan of Tollywood star Ram Charan from Gadwal came up with a unique way to honour his idol.

Jairaj not only walked 264 km to meet Charan, but also created an artistic tribute to the star by painting a portrait of him in his paddy field with rice crops.

“An ardent fan named Jairaj creates an artistic portrait of #RamCharan with rice crops in his paddy field in Gorlakhan Doddi, Gadwal,” one of the ‘RRR’ actor’s publicists tweeted, as he shared the photos. 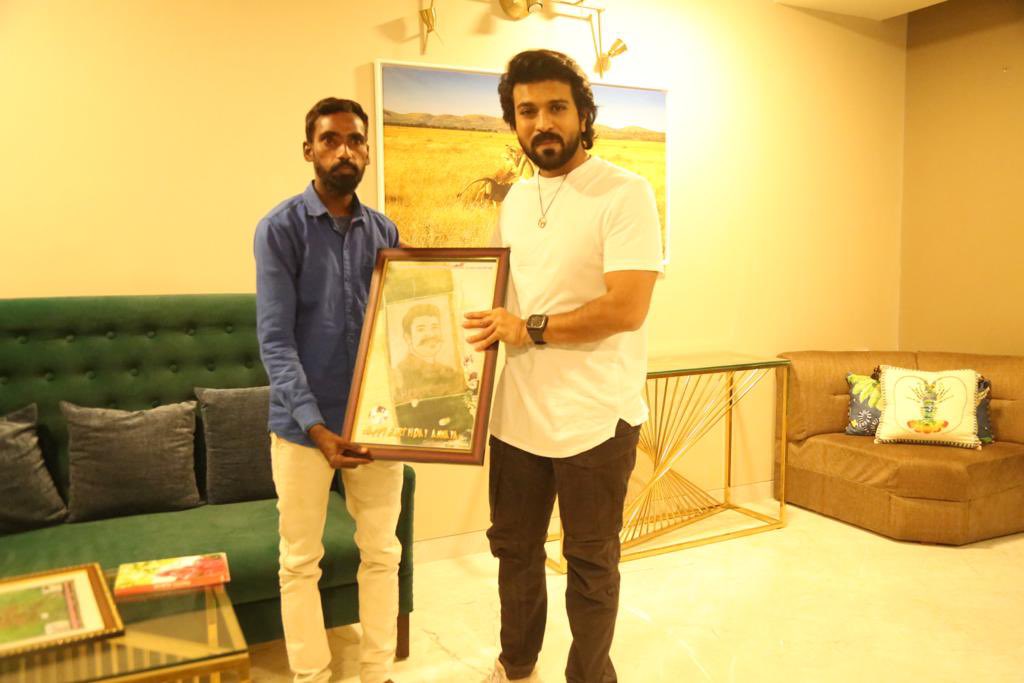 Ram Charan was all smiles as he posed with the super fan who also gave him bags of rice harvested from the field.

The actor took time out of his busy schedule to interact with the fan, spending a considerable amount of time with him.

Under Shankar Shanmugham’s direction, Ram Charan will be next seen in an interesting role in their upcoming political drama, which may be titled ‘Adhikari’.