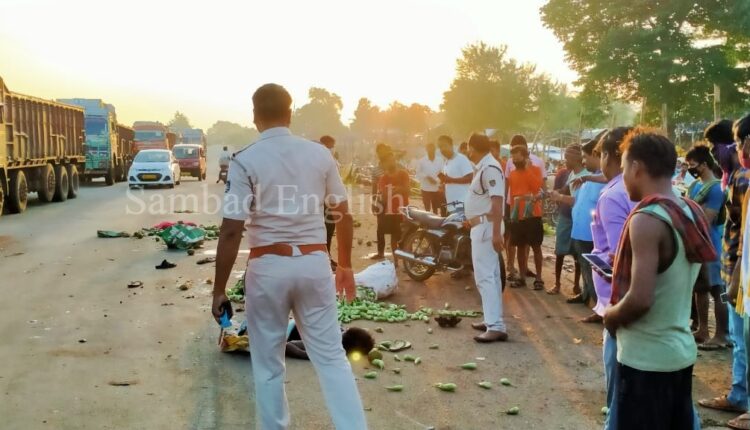 Jajpur: A farmer died after reportedly being run over a speeding truck near a vegetable market at Barabati Chhak on National Highway 16 in Jajpur district this morning.

The deceased has been identified as Amulya Sethi (32), a resident of Prathamkhandi village in the district.

Four others sustained injuries in the incident. Two of them have been taken to the SCB Medical College & Hospital in Cuttack for treatment.

According to reports, Amulya and few other farmers were selling their vegetable at roadside near a local market in the morning. A speeding goods truck enroute to Kolkata from Cuttack ran over the farmer while overtaking an iron rod-laden vehicle at Barabati Chhak.

While Amulya died on the spot, four others including a businessman and one farmer received grievous injuries in the incident. The injured persons were rushed to a nearby hospital as well as the SCB Hospital for treatment.

The driver of the truck escaped from the spot following the incident.

Factories and Boilers Deputy Director under Vigilance scanner in Odisha