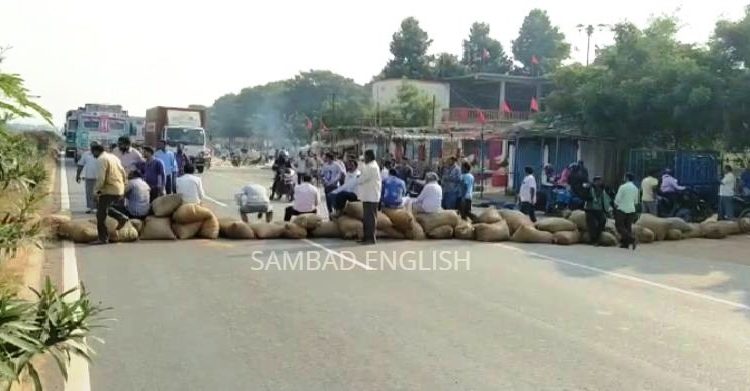 The farmers staged road blockade by placing sacks containing paddy on the NH. Many vehicles remained stranded on both sides of the road. Road communication between Bargarh and Sambalpur was hit due to the incident.

A meeting between Northern Range DIG Himanshu Lal, Bargarh SP, district Collector, Civil Supplies Department officials and representatives of the farmers was held last night at the Attabira police station, which remained inconclusive as the agitators decided not to withdraw the stir till revocation of the token system.

The farmers are alleging that introduction of centralised token system has led to delay in paddy procurement. As per the system, tokens will be issued 15 days prior to procurement of paddy and sent to registered mobile numbers of farmers for selling paddy at the market yards.

One hour free internet in this city soon