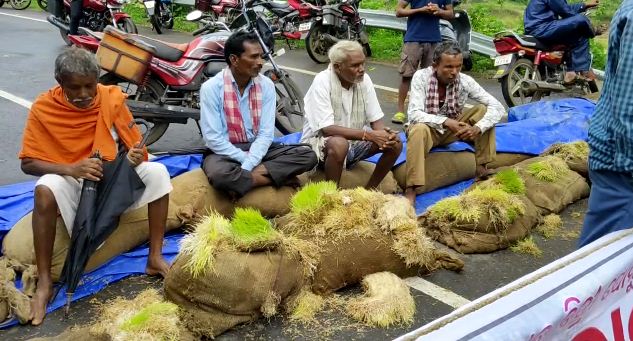 Bhawanipatna: Many farmers of Odisha’s Kalahandi today blocked NH-26 at Charbahal in the district protesting the alleged delay in paddy procurement.

The farmers resorted to road blockade placing sacks containing paddy on road. They alleged that the crops were not being produced at mandis, resulting in damage to paddy due to rainfall.

Vehicular movement was affected on Bhawanipatna-Jeypore route as vehicles remained stranded on both sides of the road due to the blockade.