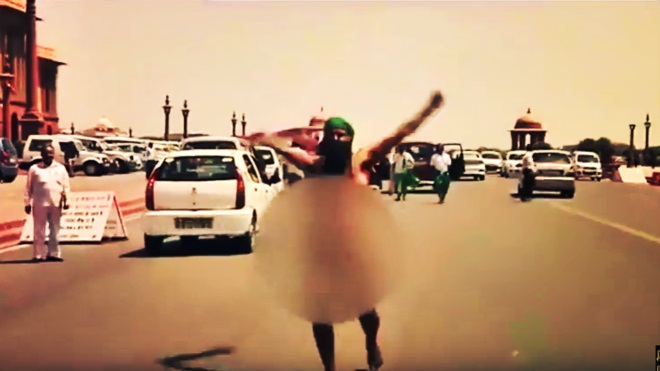 Some Tamil Nadu farmers, protesting at Jantar Mantar here for over three weeks demanding waiver of their loans, on Monday stripped outside the Prime Minister’s Office after they were not allowed to meet Prime Minister Narendra Modi.

Some of them rolled on the street outside the PMO in protest.

Earlier, the farmers had displayed the skulls of the farmers who died apparently due to severe drought in the state.

The farmers have been protesting at Jantar Mantar from March 15. (IANS)