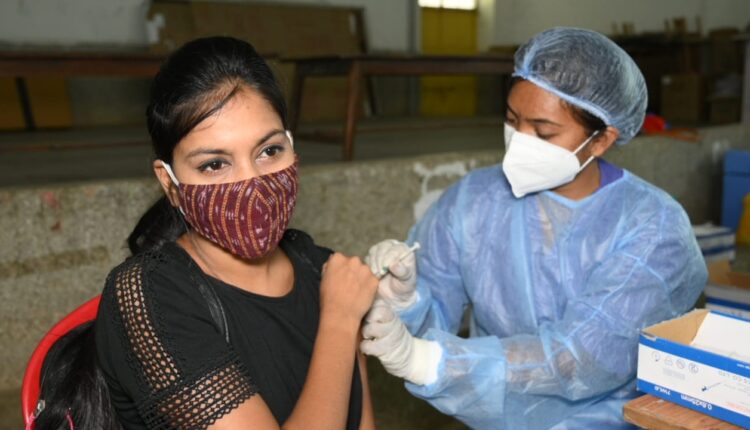 New Delhi: As economic activities have slowed down amid the second wave of Covid-19 and lockdowns across states, a Finance Ministry report has said that faster vaccine coverage and frontloading of fiscal measures announced in this year’s budget would be the major factors in boosting the investment and consumption cycles and, in turn, reviving the economy.

The Monthly Economic Review for May, released by the Department of Economic Affairs (DEA) on Wednesday, noted that in the fourth quarter of FY21 growth in capex generated positive spillovers for consumption, including in the contact-sensitive sectors, these steps would facilitate recovery post the second wave.

With state-level lockdown restrictions being more adaptive to learnings from the first wave, manufacturing and construction are expected to experience a softer economic shock in the current quarter, it said.

“As we cautiously recuperate from the second wave, rapid vaccination and frontloading of the fiscal measures planned in the Union Budget hold key to invigorating the investment, and thereby consumption, cycle in the coming quarters,” it said.

It added that quickening the pace and coverage of vaccination is critical to help India heal and regain the momentum of economic recovery.

The DEA noted that provisional GDP estimates available for January-March quarter (Q4) of FY 2020-21 confirm a V-shaped recovery in India’s economic prospects in the second half of the year, after an unprecedented Covid-19 induced contraction.

Gross value added (GVA) at basic prices for FY 2020-21 is estimated to grow at (-)6.2 per cent with agriculture & allied activities lending its unwavering support for economic recovery throughout the year.

Given the large contribution of subsidies in Q3 and Q4, estimated GVA growth of 1.6 per cent in Q3 and 3.7 per cent in Q4 is more representative of economic performance in the second half of FY 2020-21.

The ministry in its report also noted that India is one of the select few economies that have witnessed positive year-on-year growth in the last two consecutive quarters.