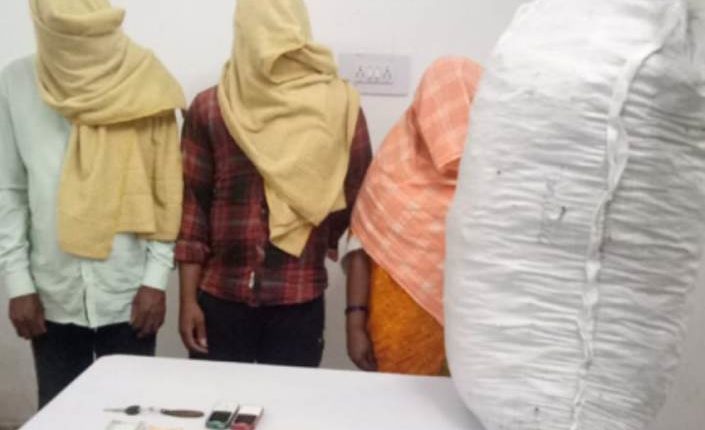 During the search, the sleuths seized a total 33.380 kg of ganja, one car bearing registration no. OR02-AS 0148 and two cell phones from possession of the three persons.

Later the police arrested Satya Narayan Digal,  wife Padma Digal and their son Clinton Digal of Kandhamal district as they failed to provide any satisfactory answer for possessing the contraband item.