Father of ‘Music Badshah’ was the Speaker of Odisha Assembly! 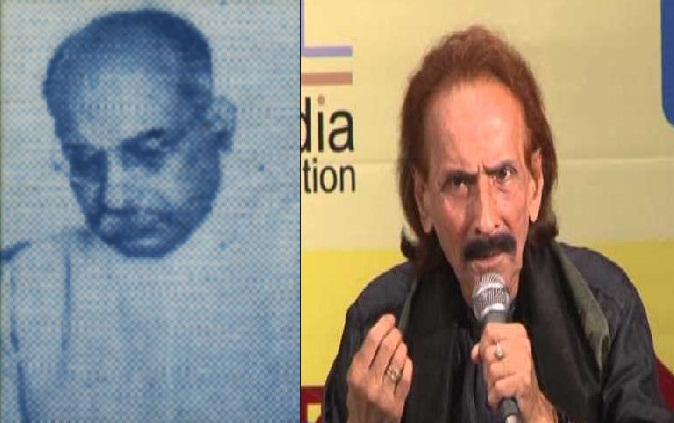 ‘Re Atman, Nidra parihari…’, Keun Nama Dhari dakibu tumaku..’, ‘Ei Jibana ta eka nataka..’, ‘Seemahina daria….’. The list of all time musical hits delivered by him is endless. Be it a Bhajan or a Ghazal, folk song or even a classical number, his extraordinary voice takes it to a different level all together. He is the Badshah of Odia music, Pranab Kishore Patnaik, reigning supreme in Odia hearts even today.

It may sound strange, but Pranab Patnaik’s family has a very strong connection with electoral politics in Odisha. His father Lal Mohan Patnaik was not simply a member of Vidhan Sabha, he was the second man to hold the position of Speaker in Odisha Assembly from 29th May, 1946 to 6th March 1952.

Born in 1891 in an Odia Zamindar family in Budharasing village of Srikakulam in the then Presidency of Madras, Lal Mohan completed his high school studies from Berhampur and moved over to Kolkata and Madras to complete his B.A. and B.L. He came back to Berhampur to practise law and joined Indian National Congress in 1921. Thereafter he plunged into freedom struggle and the movement for formation of separate Odisha province by merging the Odia speaking tracts. He also got converted to Christianity during this period and became active in Missionary activities in Berhampur and Katak.

Odisha assembly had one seat reserved for Christians during the pre-independence period. In the 1946 elections, he got elected from this reserved constituency to enter the State Assembly. Because of his popularity, he was elected to the position of Speaker of the Assembly, where he continued till 1952. That was a turning period in Odisha’s political history. The country got its Independence in 1947 and the Princely States got merged with Odisha province in 1948. Thirty one new members got nominated to the Assembly from the Princely States raising the number of members in the Assembly from 60 to 91. Lal Mohan presided over these turbulent times rather efficiently. In the words of Dr. Harekrushna Mahatab, the then Premier, “he was the peace-maker of a Polity in ferment.”

Lal Mohan was fond of music and he used to write poems. He had made elaborate arrangements for training his children in music. However, out of his 5 daughters and 2 sons,only Swikruti and Pranab did very well in Music. Lal Mohan has written a book ‘Resurrected Odisha’ which covers various social and political issues of his time. He has also written quite a few poems, anthologies of which have been published during his tenure as Speaker. ‘Jeevan Champu’ (1947) and ‘Bandana’ (1949) are two of them.

Love for music, social service and politics runs in the blood of all the descendants of Lal Mohan. While Pranab and Swikrutee excelled in music, it is his daughter Sudhanshumalini Ray, wife of Brigadier S.K.Ray, who contested the assembly elections in 1974. She got elected from Gobindpur constituency on Congress ticket defeating her nearest rival Muralidhar Kanungo from Utkal Congress.

Lal Mohan was a votary of peace and universal brotherhood. The poems from his collection ‘Jeeban Champu’ beautifully rendered by Pranab Patnaik for Akashvani, reflect that spirit exceptionally well.