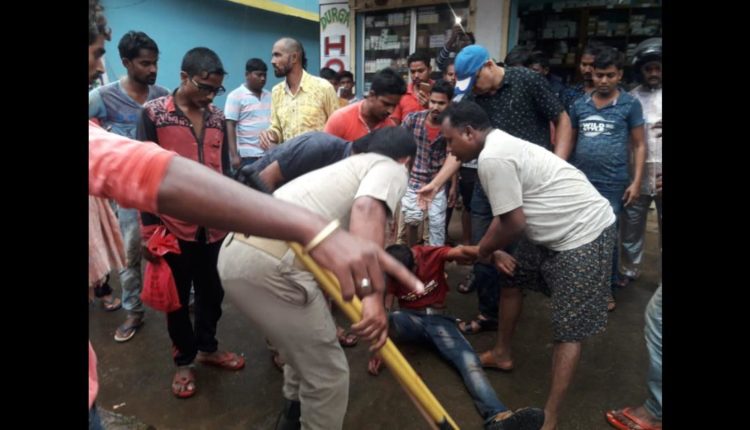 Baripada: A man and his son sustained critical injuries after allegedly being attacked by a group of miscreants inside a jewellery shop during a loot attempt at Baisinga Chhak in Odisha’s Mayurbhanj district, today.

Man shot at inside house during loot bid by miscreants in…

According to reports, six armed persons barged into the shop and tried to loot valuables. The father-son duo, who are the owners of the shop, tried to resist the robbers. The wrongdoers opened fire at the father and threw acid at the son.

The victims have been admitted to a nearby hospital for treatment. While three of the looters were nabbed by police, three others managed to escape. IIC of Baisinga police station was also injured after being shot by one of the accused.