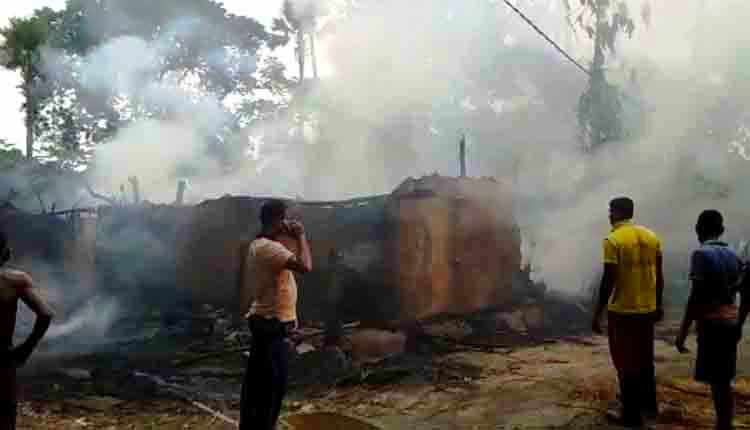 Jajpur: Two persons were injured in an explosion at a illegal firecracker unit in Bachhala village under Binjharpur police limits of the district today.

As per reports, when the injured, Soubhagya Ranjan Sahu and father Ramakanta Sahu were preparing firecrackers at their thatched house, the blast took place. Villagers said after hearing loud explosion from the house they ran to the spot and found it engulfed in fire.

Somehow the villagers managed to rescue the father-son duo and admitted them to Jajpur district headquarter hospital. After condition of the injured worsened, they were shifted to the SCB Medical College and Hospital.