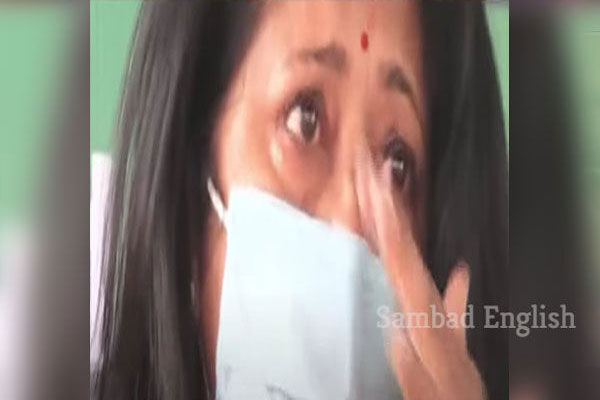 Jagatsinghpur: A woman Member of Parliament (MP) of ruling BJD was seen crying on the stage at a programme in Odisha few days back reportedly due to mention of the elected representative’s name on a plaque at the bottom.

During a function to mark the inauguration of different projects in Brahmanibati panchayat under Kantapada block, Jagatsinghpur MP Rajashree Mallick was seen crying on the dais and Niali MLA Pramod Kumar Mallick pacifying her. A video of her crying at the function has gone viral on social media.

Contrarily, the invitation card for the function had mentioned the Minister as the Chief Guest and the woman MP and the local MLA as Guests of Honour.

Rajashree cried on the stage and the Niali MLA was seen consoling her. After staying for a few minutes, the MLA and MP left the programme hurriedly, the local said.

The MLA was overheard saying Rajashree that the local Sarpanch arranged the programme and protocol was not maintained, and such instance will not recur.